Existence of Mafia in your city/district/area: Inputs Sought

In 2015-16, LocalCircles had escalated the issue of existence of mafias in markets and businesses in towns and districts. This had led to several states announcing how they are serious about addressing mafia issues. However the enthusiasm has ended because of various reasons and its time to restart this discussion. Existence of mafia in sectors like land, liquor, sand, tolls, fruits & vegetables, parking, toll etc. robs the public exchequer and leads to higher prices for common citizens.

At a time when so many are struggling for livelihood, the least State Governments can do is ensure that this leakage, mal practice and mis-governance is minimised.

Do share your inputs on what is happening in this regard in your area in as much detail. Below is a summary of some of the past discussions.

1.Every government department should see to it that Mafia raj is treated with zero tolerance irrespective of political parties
2.The demand and supply gap should be bridged for all commodities by making specific incentives available for producing items where domestic supply is lower than demand
3.State excise should be rationalized so businesses shouldn’t have to evade them and hence need mafia for execution of such illegal transactions
4. Evasion of taxes by businesses should attract heavy penalty
5.Government policies and systems should be upgraded such that they eliminate middle men
6.The mafia nexus with police and politicians should be broken
7.Judiciary should be made affordable to poorest of the poor
8.Judiciary should un-biased and produce quick result.
9.Public awareness against the market mafia should be increased
10.Daily price index should be published in local newspapers and popular news channels
11.Severe penalties including cancelation of licenses of traders, middleman, warehouse keeper, transporters found guilty for hoarding, black marketing and price fixing
12. In State Government, a 3 yearly transfer process for all Government officers to another city should be established
13.Local police and administration should be given free hand to deal with mafia raj free of political influence.

1.The vegetable mafia stocks vegetables, mainly potato and onions, and sell them when the rates are high to earn more profits
2.Middle men mafia buys produce from the farmers at low rates and sell them at a high rate
3.Real estate is one of the most profitable businesses and attracts huge interest
4.People take help of the money laundering mafia to deal in black money
5.The sand mafia picks up sand from the river beds and sells it to construction sites
6.Smuggling of sandalwood and illegally cutting trees for wood generates big money, which gives birth to the forest mafia
7.People who cannot get loans from the bank borrow money from the people from the market at very high rates
8.Liquor is smuggled across states to save on taxes
9.For opening educational institutions, land is allotted at a very low rate
10.Most of the mafias have strong political connections
11.Mafias are protected by the police and the bureaucrats who in many cases get a share from the profits.

1.We have potato mafia, onion mafia who decide the selling rates as well as hoarding too
2.The mafia of middlemen force the farmers to sell the entire load to them at a price decided by them
3.There exists a big land and real estate mafia
4. Money laundering mafia which helps convert Indian black money to white money through hawala
5.Sand mafia which picks and delivers sand illegally
6.Forest mafia is involved in illegal activities like sandalwood smuggling etc.
7.Money lending mafia traps the needy in their net and make them penniless
8.Illicit liquor mafia smuggles liquor from outside the state
9.Mafia in educational institutions which gets land allotted from Government on the pretext of opening an educational institution
10.There is mafia in toll tax collection which collects money illegally
11.Parking mafia gives fake slips
12.Begging mafia forces children to beg on streets. more 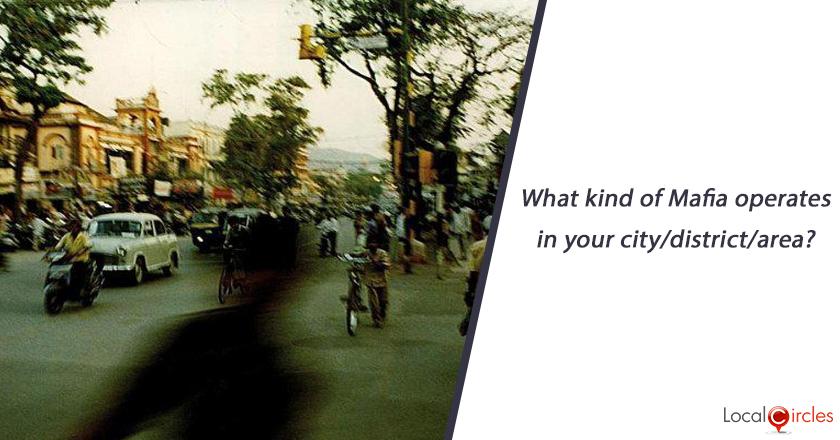 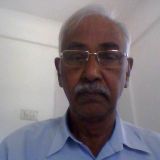 Mohanrao Kuppili (Lakshmi Narasimha Viswa Mohan Rao)
I retired and and least worried . Every where itis there Common man think it is there and be bribed,otherwise no work will be done. more
Jun 19

BIPLAB DATTA (AVIATION EXPERT)
Today, we are witnessing as to how the mafia Raj through agitation stalled the new krishi bill passed by our government . Now , all the actual farmers are allowed to sell their product as per their wishes to whom they prefer . But the so called middle men ( though their numbers are very limited ) who get lion portion of profits from transferring the product without taking any pain , are finding themselves no entry signal in the new bills . The political parties who are benefited with those mafias are against such reform Govt brings for development of any society of the people . more
Jun 18

Ramesh Bhagwat
Mafias exist and many of them have some sort of backing from influential people. Why earlier attempts to control Mafia need to be studied more
Jun 18

John Rajkumar
There is mafia everywhere, In running local bars to brothels' to street hawkers. They are hand in hand with politicians, police and local media. they even sell encroached government, waterbeds, public and any unused place to locals and make money. They even bribe the government authorities to provide electricity, water and road including street lights. No government authority verifies the documents before signing the approvals or they are hand in hand with the mafia raj. It is a very long road to curb this menace. Only when the ownership of these activities are tied to the government and local authorities and made them punishable for any deviations in their roles, this can be curbed. more
Jun 18

Jagannatha Rao
We need several reforms in every field of governance but as long as Politics is allowed to be a lucrative business, we'll fail to elect honest public representatives to govern. We need honest, noble, humble, decent, disciplined n dedicated leaders to serve the society, not those wanting to grab wealth n misuse powers illegally. For that, we need first, EFFECTIVE ELECTORAL REFORMS on the top, for non-corrupt governance n clean n efficient administration. Until then no positive changes can be expected, but even worsen drastically, sadly. We people must know our duties n rights as well to unite n strive for good governance. more
Jun 18

Csn Sarma (socialworker)
Cases and Convicts - 2018 a CJI Teared His Eyes, a CJI Seriously commented :
1) Out of 4,896 MLAs , MPs :-
Criminal Cases on Sitting Members -2,324
Criminal Cases pending with Police - 1,991
Criminal Cases on Ex MLAs, MPs - 1,675 .
Out of above some Cases Pending since Decades.
Total Pending Cases in District and Subordinate Courts accumulated to Above 2.78 Crores. H'ble CJI said that Civil Cases taking average 15 Years and Criminal Cases - 5 to 7 Years even to Final the 1st Stage . Public know that Cases of Political Leaders are taking beyond Decades.
2) In Lawyers there are above 30% Fake Certificate holders and Investigation is on .
3) Contempt of Court Cases in A P State are 2,795 as at October 2018.
4) Tamil Nadu identified 50 Asst Professos & Professors holding Fake Certificates by 2019 May .
5) JNU Hyderabad found 903 Bogus Certificate holders as at 3/8/19 .
6) AP in 2018 found 72 Fake Certificate holders in various Secretariats .
THE GOVERNMENT OF INDIA AND H'ble SUPREME COURT HAVE TO FAST ACT AND REGULATE THE SYSTEM OPERATIONS Please. more
Jun 18
View 79 more comment(s)
Post a Comment