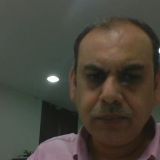 this shows this govt has really performed well. corruption is coming down at least in central govt offices. I might be wrong too. i guess some improvement in efficiency , as the main ministers effectively use and respond to tweaks more
Helpful Transforming India Apr 09
Viewed by 23

*The Man Who Predicted 2014 Indian Election, 2016 United States polls and recently held Punjab and Uttar Pradesh elections Reveals Who Will Take The Throne In 2019*
A top ten global social CIO, cyber security, Information Technology expert, data scientist, strategist, advisor, Gaurav Pradhan is a brand in himself. What makes this man interesting is that his political predictions are always on point.

He isn’t a psephologist or a numerologist but someone who predicts things based on data and mood of the people. Entrepreneur India caught up with data scientist Gaurav Pradhan at the World AI Show, Mumbai organised by Trescon to know his observation for the most talked about elections.

“It is based on what people are talking across social media on all the platforms. Then there is intelligence information, and then geopolitics. So if Pakistan wants Hilary and Saudi wants Hilary that means the nation is moving towards Trump,” explains Pradhan.

“In 2014, the youth was the undercurrent. People were sick of scams, it was everywhere. That time the component was not the seasoned voters like me or my grandfather. It was the youth and they wanted to change the future. This was capitalized by Narendra Modi as a nationalist movement. The last election was not about the party but the leader. Similarly, the 2019 election will also be about the leader. The seasoned people are talking about party politics while the youth is focused on the leader,” he points out.

While for the majority the United States 2016 election was about Donald Trump vs Hillary Clinton, for Pradhan it was always about Mr Clinton vs Mrs Clinton! While this statement might sound aberrant his facts don’t.

The result of Uttar Pradesh election shocked millions. “I strongly wrote that Punjab election should go to Congress. I am the one who pointed out that BJP will get 300+ seats in the UP election. No one else predicted it, not even Modi or Amit Shah. I drove my car 12,500 kilometers at my own expense. I picked up data points from the community, small villages and framed a chat that said it will be 300+. Everyone laughed and look what happened? In fact, in 2015, I also wrote a thread about Yogi Adityanath and said he would be the CM, there I am.”

Those who think BJP has lost its support and people are unhappy might want to hear this.
“People who are making those comments are either middle class or the small business class who were saving taxes and now they have lost it. Now here comes data science. I am picking data from rural India. How many families have benefited from the easy supply of cooking gas and electricity? How many have got access to toilets and how many kids are going to school now? When I study this I get a conservative figure of 40 crore or so. I divide it by two, it is twenty crore. You know in 2014, the elections were won by a small margin of 1.4 crore and here you have a larger swing. So my calculation says 2019 belongs to Modi.”

Have you noticed this? PM Modi is inaugurating one or other infrastructure project every few days. That too in different parts of the country. Do a google search on "Modi inaugurates" and find some interesting results which are put down here briefly. In a nutshell, this government has been finishing long pending projects and executing brand new projects in record time. Be sure there will be many more coming in the next few weeks before the election commission restrictions set in. This list itself is big, hope to see more. One question also needs to be asked, what has the Congress been doing all these many years?

2. Solapur-Tuljapur-Osmanabad highway in Maharashtra - started in 2014 and finished on 9 Jan 2019

5. Western Peripheral expressway - started in 2006 by Haryana govt, languished till 2016, inaugurated in November 2018

9. First airport in Sikkim, first launched in 2008, work stalled till 2014 due to protests by villagers. Completed on 24th September 2018

14. Kota Chambal bridge – started in 2006, stopped due to environmental clearances and re-started in 2007. Was to be completed in 2012 but kept delaying. Finally launched in may 2017

15. Bansagar canal project Mirzapur – agreement for water and power share between MP, UP and Bihar as well as construction. Originally started in 1978, completed and inaugurated by Modi in July 2018

So please ask the neutral and dynasty loving friends - what has dynasty been doing for so many decades - a government in 4.5 years could achieve so much - why couldn't they?

This is called development that will make *India* a *developed* country, not doles or secularism. more
Apr 11

Csn Sarma (socialworker)
Very Polite. If Aadhar linkage and Bank through transactions, Digitization were not defied, Success goal could score 75%. Opposition Parties, their Supportive Businessmen and Agencies INFLUENCED BANKS in addition to cheating practices adopted during Demonetization.
Even then , to locate the Fraudsters identified in Demonetization, the same Police of 5 years back ARE STILL TO REALIZE while Policing is in the hands of State Governments.
SUCH STATES ARE NOW ALIGNING CAMPAIGNING AGAINST BJP and is just to be away from CORRUPTION CONTROLS.

People, Police, Patriots TOGETHER WITH ALL CONSTITUTIONAL MACHINERY to aware and awake innocent General Public Sworning in NATIONAL INTEREST AND INTEGRITY binding themselves to the 1st Preamble guarantee, JUSTICE, Social, Economic and Political please. more
Apr 09
Post a Comment