E-MAIL RECEIVED IS REPRODUCED BELOW:

Workers seen picking up garbage from the roadside. Photo: Damini Nath
Deliberate mess created outside Red Fort for his photo-op
Sanitation workers became litterbugs on Thursday when they threw plastic bottles and crumpled pieces of paper outside the Red Fort so a Union Minister could get his photo-op while picking up the garbage.
This staged littering and cleanliness drive was organised by the Ministry of Culture and Tourism and the Archaeological Survey of India (ASI) as part of the Swachh Bharat Mission.
Even as Minister of State (independent charge) for Culture and Tourism Shripad Naik was speaking at the event, safai karamcharis started littering the premises by throwing used mineral water bottles and waste paper on the road, which had earlier been swept clean.
As Mr. Naik wrapped up his speech, the cleaning staff were ordered to add more garbage as it didn’t look dirty enough. All the while officials associated with the event oversaw the organised littering.
After he had finished, Mr. Naik was promptly handed over a broom, which he wielded with aplomb to bring about a sweeping change in the area.
A casual employee of the ASI said the staff usually cleans the busy tourist spot thrice a day. “Today, we cleaned the area at 1 p.m. and were asked to keep the bottles and paper for the Minister’s visit at 4 p.m.,” said the sanitation worker who couldn’t help but smile at the irony.
The stage-managed littering seemed to work out with the Minister being mobbed by camerapersons and ordinary visitors, who were curious to see what the man dressed in a sparkling white kurta was up to. Culture and Tourism Ministry and ASI officials were unavailable for comment.
Sixteen-year-old Ravinder, who works at a souvenir shop at the fort, said visitors don’t listen to his appeals to not litter. “Now, we are hoping something will change,” said Ravinder, gesturing at the Minister with a broom in his hand.
German tourists, Johannes and Angela, said the lack of sanitation was not a problem for them, but they couldn’t imagine living in India. “For us, it’s not so bad as we are here for a month or two. But, for Indians it must be quite bad,” said Angela. Johannes added: “India has so many nice buildings and such great food, so it should be kept cleaner.”
Meanwhile, at the event a memorandum of understanding was signed between the Ministry, the ASI and the Oil and Natural Gas Commission for the maintenance of monuments. Mr. Naik said the ONGC will maintain and improve visitor facilities at the Taj Mahal to begin with, and will take on more monuments in the future.
“We should be bringing in corporate houses and industries in our cleanliness campaign. Since the Ministry’s responsibility is towards tourist spots, we’re starting with our home, which are monuments,” said Mr. Naik.
The Narendra Modi Government’s cleanliness mission will be launched on October 2, the birth anniversary of Mahatma Gandhi. more
Helpful Swachh Bharat - Clean India Oct 01
Viewed by 50
View all 10 comments Below 10 comments 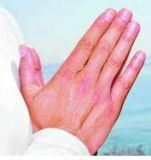 Ranbir Sinha (India, Professor, Mechanical And Aerospace Engineering)
Is that true? I hope these guys are not trying to tarnish the image of the Prime Minister and the good people in the government. Chanakya Neeti should be followed for 5 years; Strict laws, absolute enforcement, zero tolerance towards corruption and other forms of crime. Only then India will change for good or else the sly fellows hidden in the system will take over again. This may be our last chance to clean up the whole system, just wipe clean. Jai Hind! more
Oct 15 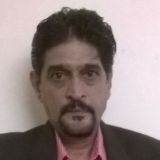