The "Swachh Bharat Abhiyaan" has been on for over two years now. Since a few months we in South Delhi notice a van with loudspeakers moving on our roads, blaring around a message while the van moves at a speed of not less than 20 kmh (= 330 per minute)

The message for the public is to separate house garbage in to three different categories and dump them in different coloured bins.

The message is clear, but the mode of transmitting it to the public is not.

My guesswork tells me that the message is at least two minute long. But within these three minutes the van has at a speed of moved move than half a km away. (The same happens with announcements during elections).

Now, how can the public listen to and register the full message ?

Would it not be a better alternative to stop the van every 150 m, announce the message and then move another 150 me and repeat. This way, at least the public will be able to listen to the entire announcement.

And if they do and really ready themselves to follow the instructions, they would go out and also look for three different coloured garbage bins in the market.

Are these at all available for sale ? more
Helpful Swachh Bharat - Clean India Aug 09
Viewed by 2175
View all 13 comments Below 13 comments

R. D. Prabhu
Not a subject for national discourse. One may meet the van driver and convince him some how, to go a bit slower for better response from the residents around. more
Aug 13

Arun Gupta
People in India do not damn care for any mission or scheme even if it is for their benefit, even literate people litter the public place then thee is nothing left to blame the illiterate crowd or person.
Until and unless every single individual becomes alert and aware India can never be clean and green. more
Aug 13 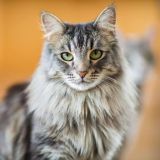 RANVIR Singh (592-3, Indian)
Listen and act accordingly and run behind them with three types of Garbage in Hands then go to your Office.

Like Our Defence officers ,Police ,software Techies go for training in Europe they should also be sent for Training as how to deal with the Garbage at least in our most advanced Educated cities first.

All types of jobs must be respected first in India then we can hope for better returns .

Ramesh Bhagwat
This also happens in Pune also. But do not mind it, in a way it acts as a reminder to do the right thing. Of course, if they are breaking the law concerning max allowable noise in decibles, you should lodge a strong complaint. more
Aug 10

Susheel Paul (C-178, Sector-3, Defence Colon..., Engineer Adviser)
Yes an effort is being made to arouse peoples' conscience towards waste management but it needs to be more forceful backed by penalties for the villages, the 'mohallas', the wards of a city. To lessen the burden of ecological disaster due to polythene. I ask how many of us have started going for shopping with a bag of our own and refuse carry bags offered by the shopkeepers? more
Aug 10
View 13 more comment(s)
Post a Comment