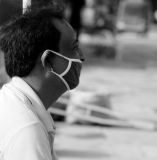 Do children below the age of 18 years need Covid-19 vaccines? While the drug regulator, the Drug Controller General of India (DGCI), has given approval to Zydus Cadila’s Covid-19 vaccine (ZyCoV-D) for emergency use in children aged 12 years and above, the vaccination process is yet to start.

Apart from ZyCoV-D, Bharat Biotech's Covaxin for 2 to 18 years is awaiting the drug regulator’s approval. At present, there are 9 countries such as the USA and Canada across the globe which have started a vaccination programme for 12-year-old and older kids.

A section of noted epidemiologists and medical experts, however, have expressed serious reservations against the use of Covid-19 vaccines among children. They say that the rush to vaccinate kids for Covid-19 which carries a far lesser threat to them, in the presence of some known and several unknown long-term risks, is deeply concerning.

Kids are safe from Covid-19

Global evidence available so far has suggested that the Sars_Cov_2 virus that causes Covid-19 has infected kids but it hasn’t caused any severity among them. The mortality rate is as low as two children per 10 lakh. However, in India, the government hasn’t released any data on the mortality of children due to Covid-19 in both the first and the second waves.

“The British weekly scientific journal Nature has published a paper a few days ago. In the UK, death in children due to Covid-19 is 2 per million. Which is extremely low when you compare with adults where death is 1.5 per cent, i.e. 15,000 per million,” Dr Sanjay K Rai, Professor, Centre for Community Medicine, All India Institute of Medical Sciences (AIIMS), New Delhi, said.

“They have very well-developed thymus glands which produce very good T-Cell and memory cell immunity. They also lack ACE-2 receptors on which the spike protein of the virus latches in the lungs,” Dr Banerjee said.

He added, “Also, they have got a very high melatonin level that is very protective against the virus. So physiologically they are very well-protected by the nature.”

Most kids in India already exposed

The seroprevalence survey conducted in various parts of the country including Delhi has shown that 70 per cent to 90 per cent of kids have already been exposed to the virus and they have developed natural antibodies.

“We haven’t seen severe Covid-19 among kids in India. Though the government hasn’t released data yet based on our experience of hospitalisation and death of patients in the first and second waves, we can say that kids are the least affected of Covid-19. In fact, the numbers are almost negligible. Even if a few deaths have been reported, these are those children who had the comorbid conditions,” Dr Rai said.

Experts like Dr Rai and Dr Jayaprakash Muliyil, who is chairman of the Scientific Advisory Committee of the National Institute of Epidemiology, are of the view that the risk of Adverse Event Following Immunization (AEFI) is very low but it is not zero at all.

“In such scenarios, we should look at a comparative picture of risk from Covid-19 as well as AEFI. If the latter outweighs the former, then vaccination is a costly and risky exercise with no benefits,” Dr Rai said.

Dr Muliyil also feels that the death among kids, especially below 12, is almost zero and “there is no reason to vaccinate kids as they are not vulnerable to Covid-19,” he said.

Dr Banerjee seconds the view that the vaccine's side effect is not negligible. “There has been adverse effect from the vaccine particularly Myocarditis after the launch of vaccinations for children in some countries,” he said.

“Data from various countries such as the USA, Israel, and Canada show that this risk of Myocarditis to kids from the mRNA vaccine is about 1 in 6000. Considering this, many European countries recently stopped the use of the Moderna vaccine for those under 30,” Bhaskaran Raman, a faculty in the Department of Computer Science and Engineering at IIT Bombay, said.

Raman has been carrying out a data study of various countries on the impact of vaccination. He said, “It is important to note here that the above risks were not signalled in the initial vaccine trials: the trial size itself was too small to uncover rare risks (32,449 for AstraZeneca/Covishield). That these risks have been found after mass vaccination is deeply concerning.”

He added, “The trial sizes for kids’ vaccines (525: Covaxin, 1000: ZyCov-D), are laughably small, except that this is no laughing matter. Such low trial sizes cannot capture anything but the most obvious risks. Would we discover other risks of Covaxin or ZyCov-D after vaccinating millions of children? This is a very worrying unknown indeed.”

Many experts have expressed their serious concern over the unknown long term adverse effect of the vaccines. No one knows what will happen a few years down the line after vaccinating children.

“We do not have long term safety data for the simple reason that it has not been a long time since the vaccines became available. In a typical vaccine trial, most countries have several phases of trials extending over many years, during which the health outcomes of the trial participants (including control) are tracked, with respect to the main disease as well as any possible vaccine side-effects. This has not yet happened for the Covid-19 vaccines,” a senior government expert of infectious disease said, requesting anonymity.

Other diseases that threaten kids

Raman in his data research has found that in the USA, for kids aged 5-14, Covid represents a lower risk than each of the following: flu/pneumonia, drowning, heart disease, homicide, suicide, traffic accidents, and cancer.

“In the context of India, other comparisons are even starker: nearly 9 lakh children die of hunger-related causes every year. Almost 2000 infants die every single day in India, of preventable malnutrition-related causes: infant mortality rate of nearly 3% is about 1000-2000 times more than the risk of Covid death for kids!” Raman said. 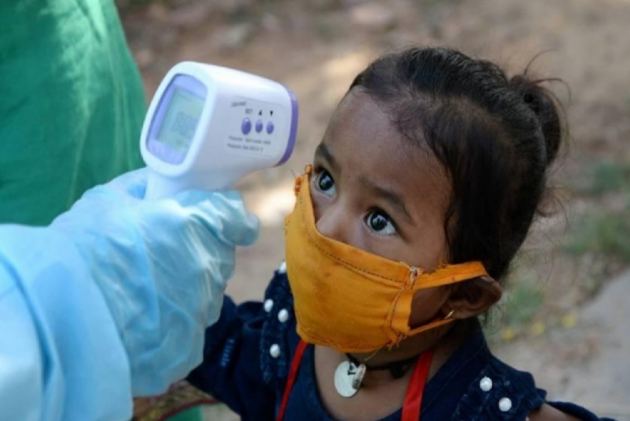 Covid-19 Vaccine For Kids? Five Reasons Why Experts Think It's A Bad Idea
a section of noted epidemiologists and medical experts have expressed serious reservations against the use of Covid-19 vaccines among minors.
Helpful Transforming India Nov 17
Viewed by 1107
View all 12 comments Below 12 comments

Ashish Rai
Very well researched and valid note. Emergency use authorised as these vaccines are, there remains a balancing required between availability, economics and prioritisation, apart from contraindicators. Education must be prioritised such that which enables returning children to schools from the prolonged staying put at homes, while an entire ecosystem has been built around education, that has other factors induced and indirect. Indirect like mid-day meals, partaken by beneficiary students, naming just one, taking care of malnutrition too, a big corelational factor. Survival requires food too! Last sentence so important quoted by, therefore bears repeating "“In the context of India, other comparisons are even starker: nearly 9 lakh children die of hunger-related causes every year. Almost 2000 infants die...infant mortality rate of nearly 3% is about 1000-2000 times more than the risk of Covid death for kids!” Raman said" more
Nov 25

Karthik Srinivasan
Such queries should not be taken up for discussion in this forum! If ICMR is recommending vaccine for children, then they would have the data to back that claim. Probably, children below the age of 18 have died out of covid or there is a possibility. We do not know. So, such topics need not be discussed here. Moreover Govt is bearing the cost of vaccines and they will not unnecessarily vaccinate kids and increase the expense more
Nov 19