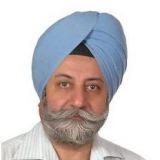 From the ever ongoing drama we see daily in the national politics, it appears that our so called democracy is turning to be a curse. Too much democracy with no accountability minus discipline is a huge punishment for the commoners like us who have always aspired to see the standards improve across the board in all aspects of governance. The economy standing so precariously and to see the development effectively arrested is a terrible reality. The temple of democracy has become a wresting pit with neither side willing to give in resulting in a state which effectively has opposition and government at loggers head to the huge loss for the country, industry and misery to the common folk as well as a serious dent to the nation’s image overseas. All parties display a total lack of national spirit and keep fighting like small children.

The Congress which was the only party during the freedom struggle has a misconceived notion that it has a God given right to rule the country and it is the country’s duty to maintain the dynasty. It cannot tolerate being a loser or sitting in opposition. And no stone can be left unturned to get back the seat of power.

The ruling party has developed a swollen head interfering in places where it has no business to. Appointing unsuitable persons is like fitting a square peg in a round hole as with the HRD ministry. While impropriety which is the root cause of the present blockade certainly cannot be defended. Sadly a greenhorn MP of the Maharashtra cabinet has taken to the swindler’s way like a fish to water. The MP government’s indulgence in the hugh coverup operation should to be investigated fully and rapidly to the entire satisfaction of the Nation and opposition, and just cannot see how a responsible Government can keep their attentions away from these. While no accountability is forthcoming.

Unless strong and remedial steps are taken to maintain the hugely popular image that was built with pains taking effort and massive public aspirations.

Having said this, it is of great surprise that all parties were so united in giving their elected representatives a big pay allowance rise, with not a voice of dissent or opposition.

A politician terms himself a humble servant and with the win he turns to be a master himself. So the big question, are we ready for this kind of humbleness and autocracy? Do we have a true democracy? more
Helpful Transforming India Aug 06
Viewed by 22
View all 6 comments Below 6 comments

Gurvindar Khurana (Social Worker)
Dear Csn Sarma Ji, Thanks for a detailed note. The problem at the root level remains unaddressed, a mere change in type of governance does not help so long staff at all level and more particularly at root level understand that they are liable for their actions.

Today itself (14-8-2015) in crime patrol a popular TV serial depicted a true incident of a women who was imprisoned for no fault of hers for 19 yrs and released after some good Advocate along with her son who has now grown up, took up her case and had her released. 19 yrs of a person's youth and her entire family are wasted out. There are hundreds of such cases still out there. Even Supreme Court may have knowledge but after 68 yrs of our Independence has any body who made the heinous mistake of not opening there gates to ppl responsible for putting them in prison been punished. So what we need is more accountability. When the courts sets the people were wrongly imprisoned free, SC must simultaneously set up an inquiry to identify people responsible for this and stop their salaries and pensions and compensate the victims.. for all the trauma and incalculable loss suffered.

That is accountability, and once ppl become accountable, the system will correct it self. more
Aug 15

Csn Sarma (socialworker)
Your first 4 lines calls for a wise understanding in States & Center memorizing those days for independence, need of collective strength and Central power for protection & Sovereignty of whole India.
IF THIS IS REALIZED BY THE STATES & CENTRAL GOVERNMENT , THE PROVISIONS OF THE CONSTITUTION WOULD BE BEST CARRIED.
The method of good governance opted by BJP lead through these localcircles in deed the basic footage of Democracy. The issues & our sincere participation really shall lead to achievement of real Democracy too.
But, the individual Bandage of the governing Bodies besides the lack of a suggestive or directive authority is leaving these governing bodies rest on independent powers while carrying their own limitations to address the real democracy even as per the Articles of the very Constitution which only is the root cause of our present situation that lead by these powerful bodies since the ethics of Civic candidature lapsed in most of the political Parties ; Businessmen ; and even Voluntary Servicing Trusts and Associations etc., etc., .
THIS IS WHY , THE OPTION FOR GOOD GOVERNANCE IN DEMOCRACY AT THE PRESENT STATE OF AFFAIRS IN THE WORLD WILL BE ONLY PRESIDENTIAL FORM OF DEMOCRACY FOR INDIA SINCE WE STILL HAVE HUNDREDS OF HONEST, TRUST WORTHY, EFFICIENT AND ALL IN ONE MARSHAL LIKE MONKS. more
Aug 08

Gurvindar Khurana (Social Worker)
CSN Sarma Ji, question weather India was ready for democracy at the time of Independence still haunts many intellect. But my take is that it really does not matter which ever form of governance we follow, unless we are able to bring in better accountability in governance we can not have a Government. Without accountability governments are like a bull elephant or no better than a dictator.
So the intelligentsia has to prevail on the Government to consider bringing in strict Lokpals and subject themselves and their actions to the country, Lokpal and judiciary. We had television serials where various aspects of governance in other counties were discussed, they had limited (or better NIL) impact, the same media forgets these and gets back to what they are best at. Share your thoughts.. more
Aug 08

Csn Sarma (socialworker)
Sri Gurvinder very sincerely tabled reality of democracy we have leaving a question for which the same honourable , proud , Civic , trustful answer is Presidential form of Democracy which only certainly solve all the multiple Evils & ills of all Fields .
NATIONALISM & UNIFORM CIVIL CODE ALSO COULD BE EASILY ACHIEVED. more
Aug 07
View 6 more comment(s)
Post a Comment