Court Martial
(A case in Army Court Martial Room)
Unusual, steadfast in front of full chested officers, stood Soldier Balwan
He was asked: Balwan, without orders how and why did you take this step?
With whose permission did you cross over into enemy territory?
Balwan replied, " Sirji, please tell me
with whose permission did they enter
to chop off the heads of our soldiers(in sleep),with whose orders ?
which fathers' permission did they have?
The officers were not pleased with such a pointed question by Balwan
and the officer sitting in the middle picked up his pen to write.
One of them said, we have to answer the higher-ups
and explain your account of bringing in these severed heads.
With this stupid and ugly action of yours you have let us down,

You have rendered the country's image to ridicule in international comity.
Balwan's blood was boiling within, but he kept his restraint.
He suppressed his welling tears within.
Then, reluctantly, he asked: "Sirji, if some one molests your mother, or openly and brazenly beats your daughter or wife in front of you, will you first take permission from your father to act or would you act to save the honour and dignity of your "home" first"?
The officers literally "froze" on listening this question and lowered their eyes....
Balwan said, "Sir, I am a simpleton from a village, but I do know this simple fact: As I stand on the border, I recognize where the enemy of my country is.
I am a simple, ordinary person, I am neither like a ruthless hurricane, nor am I like Gandhi, who will offer the other cheek after being slapped on one.
If I am not entitled to use my gun in defence of the borders of my country, then, excuse me, what kind of independence, what kind of freedom is this?

Listen to me, respected sirs, whenever there has been a fight on the borders, it is not from the enemy that we are getting defeated, but because of "people like you"
Vote bank politics, dear sirs, is the dirt of our democracy, and the Indian Army has been made to act like a "prostitute" to this kind of democracy.
What orders will they give us, if they themselves are mere beggers? They are genderless.....neither male nor female.....
If I said too much, dear Sirs, then I do beg your pardon. But, with folded hands, I dare say, that our one gaze at the enemy is enough to make them "wet in their pants".
And, my dear Sirs, step back a bit in time and you will recall,
When I lost my buddy Jaswant from Punjab in Kargil, you are a witness, Sirs, that I did not shed a single tear at that time.
I myself had delivered his body to his family in his village
And Sir, with my hands I consoled and blessed his two children.
But I did cry on the day, when I saw his young widow losing hope, and in despair
begging the chaprasi (peon) to let her into the governmental office for her pension.
A desire inflamed inside of me to beat up and shoot the characterless chaprasi and the officer
For that promised 1 Lakh of rupees, she is still struggling and being pushed around, and the lives of those two innocent young children are being wasted and withering
And Sirji,
You possibly could not have forgotten Martyr Joginder
Who had a young daughter and a blind father
Now every day, the father locks his daughter in the house
and begs aloud for a rupee at the railway station
God knows how many Jaswants and Joginders are sacrificing their lives
And their orphaned children struggling and knocking at doors and being turned away
In a choked voice the third officer said: please don't say any more
In your defence just tell us what exactly happened that night
With tears in his eyes, Balwant started to speak

His every word piercing every heart
Sirji, on that night of the attack on us
We sent seven messages, one after the other
Like always, there was no response
Two jawans got killed but there was no one to account
Our troops at the post were being killed under heavy fire. We were being defeated not by the enemy, but by silence/inaction from our own headquarters
Then when I saw the dagger in the hand of the enemy with Gurmel's severed head , I lost all control over my self and sense
I chucked the transmitter away, as I could not think of anything else. Without permission, I picked up my gun for the very first time.
With Gurmel's head in his hand, the enemy crossed the border-line. I pursued him and stepped into the enemy-land.
But I have not returned empty-handed and defeated. They took away one head, I brought back two.
Hearing this, there was pin drop silence in the Court Martial room
There was only one question in every one's mind: was it the court martial of a soldier or of the whole nation??????? more
Helpful Transforming India Nov 14
Viewed by 7

B.M. Geethaprasad (Retired Bank Manager,Resource Person,Man Making Nation Building,Social work)
I salute that great soldier who by his action and these words made every Indian proud and Indian armed forces proud.These bold words should be inscribed and displayed near Amar Jawan Jyoti under the headlines"spirit of jawan"Certainly it is the Court Martial the nation,rather spirit of every Jawan.Thanks to Col.Raja Chandra for the story and India is safe in the hands of such jawans.The politicians and beaurocracy who deny the kith and kin of jawans,hell is the place for them. more
Nov 14 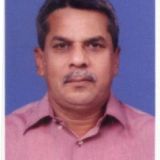 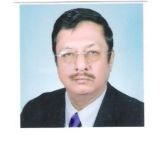 Mukesh Varma
Thank you, Col. Raja Chandra, for sharing such a sensitive story. I wish this story is circulated widely. more
Nov 14
Post a Comment