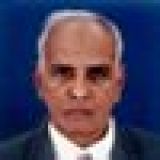 These celluloids should not get these posts. it is not clear whether the posts carry some sort of remuneration. These committees have definite role and why not advertise for memberships in committees instead of picking from the MP lot. every one knows that MP s are selected not for their professional excellance nor for their inventive genious. they are selected on their commitment to party leaders and money bag they carry.
Modi govt is sincere to do for the country and why not they set a standard that various committees formed by govt now and then should have only 10% to 20% MPs and balance from interested public with good track record performance in the specific field.Also rule should be for automatic removal of the member should one fail to attend consequtive three meetings.
No committee should have more than 5 members lest meeting would be the biggest task of such committees.
committees should have some specific time bound purpose as against the present practise of accommodaing MPs for personal or status gain. more
Helpful Transforming India Nov 16
Viewed by 2946
View all 35 comments Below 35 comments 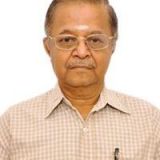 Tiru Narayan (Retired)
Eliminate committees. What are the purposes? Committees are created only for incompetent leaders to hide behind committees.

Make one person responsible to gather pertinent information from any and all sources, analyze, and provide recommendation(s). more
Nov 19

K C Rana
Certainly there is need to review the working and composition of all
committees. Many MPs are just laymen. They have got elected
on the strength of their caste/religion/region. Only the professionals
with proven track record from the relevant fields should be made
members of all committees and they stay in 5 stars hotels and
Executive class air travel should not be allowed. more
Nov 18

Ranjit Biswas
Since the government do have individual full fledged ministries with the support of Dy. ministers, several bureaucrats and giant like secretariats under all heads, there should not have much need for forming most of these committees. But in our present parliamentarian system of governance, majority of such committees are formed with ministerial status for the heads mainly to make the aggrieved elected members of the ruling parties left to be accommodated in the ministry happy under compulsion. If otherwise these aggrieved elected representatives will engage themselves in anti party activities directly or indirectly to defame the government under encouragement of the leaders in opposition knowingly well that in the event of their expulsion from the party their political carrier will not be doomed and will be welcomed in some one else.

Until our existing parliamentarian system is completely reformed to make such greedy politicians debarred from participation in any kind of political activities for certain periods, any kind of efforts are unlikely to achieve the desired goals as suggested. more
Nov 18
View 35 more comment(s)
Post a Comment