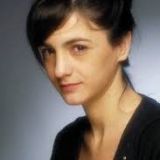 Collapse of chinese economy is eminent

The Chinese economy is experiencing a near-complete collapse.

Nearly half a million customers have lost their deposits as the banks lent indiscriminately to housing developers who are now facing cascading defaults.

Here’s the story the Chinese Govt. doesn't want you to know

All of this begins with one thing - Real Estate. Chinese are obsessed with Real Estate and 70% of China’s wealth is tied to real estate (twice as high as the US).

Chinese citizens prefer to invest in Real Estate as the Chinese Stock Market is notoriously opaque and unreliable.
The Shanghai Composite (similar to our S&P 500) has not yet recovered from its 2008 peak, despite China's GDP growing by nearly 3 times since then!

The insatiable demand lead to Ponzi schemes where developers pre-sell homes (which are not even built), use the pre-sale money to start more projects, and then collect more pre-sales from new projects. Buyers started a mortgage boycott as the properties have not been completed.

The crisis spread to banks, as they had loaned out depositors’ money to developers who were now defaulting on payments.

For starters, during the covid crisis, the government had lowered the 10% limit on assets that banks had to keep in cash and investigations revealed corrupt practices in the banks, some of which were taken over by criminal gangs who transferred the deposits outside the country

With reports suggesting that over 400,000 customers have fallen victim to such activities, public trust in the banking system plummeted and the government stepped in to avoid bank runs and liquidity crunches. But their strategies seem, at best, questionable.

The government has agreed to pay up to $15,000 dollars for lost deposits, but only if the banks weren't involved in “non-compliant” transactions.

The government’s strategy for overleveraged properties is to lend more money to finish them and pretend that everything is fine.

Whether these strategies can revive investor confidence or is simply delaying the inevitable remains to be seen, but China is unlikely to meet its targeted 5.5% GDP growth rate, and right now, youth unemployment is at nearly 20%!

As the semiconductor shortages showed us, events across the world can have serious consequences back home. Chinese companies have substantial investments in US equities and might sell them during a crisis. This can tilt the investor sentiment to fear and trigger selloff. more
Helpful Transforming India Aug 17
Viewed by 3369
View all 10 comments Below 10 comments

Anil Chandhok
Think of the ramifications of such an event! For the World, for India and for our neighbourhood. more
Aug 18

Shyam Babu (Middle management-Private sector)
Builders and developers do the same in almost all over globe. This goes hand in hand with every government who is just sleeping and making hard earned money of general public at stake more
Aug 18

Deepak Darisi
"China growth story" has been the biggest bubble the world has seen so far. Let's see if it bursts and takes down the Communist Party with it.. more
Aug 18

Govind Vijayaraghavan (Electrical engineering)
My view is that instead of worrying or gloating about China's problems, we should think about ourselves. We are a weak nation accepting abuse from all and sundry, many of them hidden among our own population. Get rid of them. Crush external enemies like Sri Lanka and Maldives to small particles before they allow China to set up more outposts close to our borders. Nothing works like a little force. more
Aug 18

LOKESH PUNJ (A FREE THINKER & WATCHFUL OBSERVER)
It is not right to assume that what is impacting China is not impacting India.It is only the extent of down turn as economic status of Chinese having surpluses to invest was much much better than of Indians.They invested in real estate but Indians invest more in Gold and rituals.. more
Aug 18
View 10 more comment(s)
Post a Comment