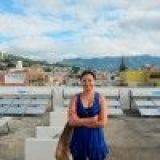 The Govt has announced the following ranks of clean cities. Can everyone review them and share if they actually make sense. Few citiese done well consistently like Indore but I hear a lot of cosmetic changes in some cities to game the rankings. Like to hear more

Cleanest city awards for cities with population above 1 lakh -

Cleanest city awards for cities with population below 1 lakh -

Also Read: Swachh Survekshan 2020: All you need to know about India’s cleanliness survey

Cleanest city in the north Zone -

Cleanest city in the north Zone (pop. below 25k) -

Cleanest city in the northeast Zone (pop. below 25k) -

Cleanest cities in the east zone -

Cleanest cities in the south zone -

Cleanest cities in the western zone -

Cleanest cantonments in the country -

H.P. Gurg (Lokhandwala Complex Andheri Mu...)
Mumbai can improve its position if it does 1)Segregation of Dry and wet Garbage and 2) If it does Night Sweeping also i.e. 2 times a day.Like Indore. more
Sep 01

Gopabandhu Mohapatra (216, Shantinagar, Jharapada, B...)
India has introduced the Swachh Bharat Mission on 2nd October 2014. In the meantime more than 5 years have passed. Government is collecting 0.5% Cess towards Swachh Bharat Mission and supporting the Local authorities. By this time all cities should have improved a lot. But you will not find a "Souchalaya" in many important places in the town. more
Aug 22

Sheriff Mohideen (plot # 30 Krishnamoorthy nagar)
It is true, the list does not reflect the actual ground picture. This is prepared to promote some selected cities more
Aug 21

Satya Pal Ratti
Someone has put in a lot of effort in assembling this list, thanks!

In any case, awards should be announced for cities which are adjusted as the cleanest in their regions. This step will motivate the people to keep their cities clean and develop/strengthen community sense. more
Aug 21
View 16 more comment(s)
Post a Comment