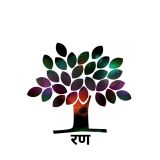 After 25 years, isn’t it time to do a serious status check of Caste Based Reservation Policy?
To correct a wrong which was done over centuries in India, the Mandal Commission Report was implemented in August 1990 starting an era of caste based reservations in Education and Government Jobs for a wider set of Backward Classes (caste based promotions in India were enjoyed by Scheduled castes and Scheduled Tribes since 1955). Further, the honorable Supreme Court’s judgment on this issue in November 1992 raised the reservation quota to 69 per cent and even to 80 per cent in some states in 1994. The rationale behind this decision was simple; to ensure upliftment of those sections of the society, which have been deprived of Social, Education and Economic opportunities due to age-old caste based divide.
Anti-reservation movement in the 1990 had put forth several arguments such as, reservations are against right to equality, they do not promote secularism, and it is against Meritocracy and promotes Mediocrity and increase the social divide - Forward and Backward Class
However, examples such as the one below were illustrated to shoot down the anti-reservation movement:
Assuming that a child from an advanced class family and that of a backward class family had the same intelligence at the time of their birth, it is obvious that owing to vast differences in social, cultural and environmental factors, the former will beat the latter by lengths in any competitive field. Even if an advanced class child's intelligence quotient was much lower compared to the child of backward class, chances are that the former will still beat the latter in any competition where selection is made on the basis of 'merit'.
Over the years, political parties, one and all, have continued to use the caste card contrary to the constitutional mandate for their vote bank gains.
One recent example is that of the previous UPA government which had granted OBC status to Jats on the eve of the 2014 Lok Sabha elections and the NDA government subsequently defended the decision in the apex court. However Supreme Court struck down on this request heavily and asserted that caste alone can’t be the criterion for determining backwardness and described the policy as a reflection of negative and retrograde governance.

This month in August 2015, India completes 25 years of caste based reservation era.
If the reservation policy has really worked in the right direction of upliftment, any logical thinker would expect the number of castes notified for reservations to come down in a span of 25 years.
Even while framing the Constitution of India; it was proposed that reservations should be for a limited period in favor of certain communities only. This point seems to have been conveniently ignored by our political class, who has systematically exploited the ‘caste divides’ to their advantage even today.
Ironically, over the years several castes and tribes have been added to the reservation list. For example, the number of backward castes in Central list of OBCs has now increased to 5,013 (without the figures for most of the Union Territories) in 2006 as per National Commission for Backward Classes
The Supreme Court’s recent directive to the government to devise better methods to define backwardness is a welcome step. It is time to take a pause and do a status check of the economic and social development of all the notified backward classes and then draw a road map to gradually eliminate caste based reservation in the country.

SC directive has brought alive the commonsensical argument that reservations on the basis of caste cannot be a permanent fixture any more than suppression on the basis of caste.
If Caste based reservations continue for another decade or so, future historians are bound to look back and say that ‘Make in India’ never happened for India primarily because the merit based culture was never a priority for our policy makers. more
Helpful Transforming India Sep 12
Viewed by 22 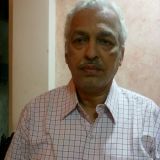 Satish Bapat (Expert--Energy efficiency professional.)
All classes of politicians support the caste based reservation system due to the vote bank concept. We have to consider the following points if we want to evaluate the utility of the caste based reservation policy: 1. In the 68 years since we became independent have we succeeded in our goal of upliftment of the backward classes? 2. If someone is guaranteed admission to any course after getting 35% marks will s/he ever try to score more, try to study better? 3. What is going to be the fate of India where 40% and more doctors and engineers are of a 40% caliber? 4. Why are we bent upon DESTROYING the caliber of IITs and IIMs by bringing in caste based reservations there? Do we know that even direct admissions to university merit rankers have failed at the IITs earlier? DO WE REALLY UNDERSTAND WHY THESE INSTITUTIONS ARE WORLD CLASS TODAY? DO WE KNOW THE COMPLETE MERIT BASED OPERATIONS OF THEIR ADMISSION SYSTEM IS RESPONSIBLE FOR THIS. 5. What we need is giving some handicap of say 10/15% for the students of backward classes not the blanket mediocrity of today. 6. Does a student scoring say 85% marks like being labled "FIRST IN BACKWARD CLASSES"? We have to try and seek HONEST answers to these questions and then decide. more
Sep 13

JAGJIT AHUJA
Modi Ji has miserably failed in keeping up his promises. He should talk less and work more. He could not get the Varanasi City cleaned in this period of over one year . This work of Swachch Varanasi could have started next day of his becoming PM to show the world his capabilities. Had he tamed the bureaucracy , the contours of Varanasi would have been different . The real culprits are the civic bodies headed by these Babus , who are not scared of anyone . They have secured their promotions without doing the work. more
Sep 13

Csn Sarma (socialworker)
Yes please . Still many are not interested to be away from using the Cast System in all applications as well as possible since there is no specific definition of ; Classes ; in the absence of the Commission Report being not lodged in apex court since after 1990 or so. more
Sep 13

Csn Sarma (socialworker)
ALL STATES DO HAVE THE DETAILS OF THOSE IN NEED THROUGH PDS SYSTEM. BUT , THE STATES FOR THEIR PARTY BACKING BAGGAGES OPTED THE CASTES ADDRESS & SUCCEEDING WITH THE POLITICAL POWER IN ELECTIONS . EVEN THE CENTRAL GOVERNMENT DID NOT CARE TO FINALIZE THE COMMISSION REPORT OF CREAMY LAYER CONCLUDED AS PER THE DIRECTIONS OF THE SUPREME COURT . ALL CARRIED BY THE ILL THOUGHTS OF THE POLITICIANS PLEASE ; more
Sep 12

Jayakrishnan Alambath
Yes! It is high time we did something about this. more
Sep 12
Post a Comment