Last week, I had gone to visit some extended family where the uncle was an officer of Railways. There was a peon at their place, furnished by Railways. Since I have been a regular contributor to this circle, I couldn't wait to find out more about this given Railways finances.

Apparently, all Railway officers have a so called Telephone Attendant, Dak Khalsi which is basically household help at their home. This fellow does all kinds of works for them. He is hired as contract and then given the carrot of becoming permanent. Assuming he is getting paid 30000 p.m. 12 mths a year and Railways has 10,000 officers the annual tab runs to 360 crores a year.

Such a misuse of tax payers money and the Railway runs in losses. No other Govt dept has this practice. And apparently, recently this practice instead of being banned has been approved per the Times of India article below with the reason that since Railway Officers work 24X7, they need someone at home to attend phone calls.

Hope we can have healthy debate on this subject.

NEW DELHI: The railways has hinted at continuing the British-era practice of telephone attendant-cum-dak khalasis (TADK) or bungalow peons.

"There is a need for TADK as several railway officials functions 24x7 and 365 days," said railway board member (staff) Pradeep Kumar.

He added, "There has to be somebody at the residence to attend to the telephone and other works as officers remain on the field for longer hours."


There are allegations of officers mistreating and exploiting TADKs and cases of salaries being withheld.

But TADKs, who are mostly temporary, bear with the troubles in the hope of becoming permanent in the railways. more
Helpful Make Railways Better Jul 30
Viewed by 12138
View all 302 comments Below 302 comments

Shikha Jain
Thanks everyone for such good response on my post. This practice must stop. Can a poll be conducted more
Sep 26

Amitabh Singh
In this era of mobility, why do we need an attendant to attend phone calls? more
Aug 29

Ministry Of Railways
No posts are deleted by Ministry of Railways. Any member is empowered to delete a post or comment. If however, nothing is found inappropriate with it, the post or comment is reinstated. more
Aug 29 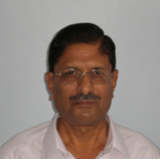 Raghavendra Rao
an email from harshad rambhia has been deleted just because it has contained specific accusations on railways corrucption. more
Aug 29

Raghavendra Rao
this is to the circle manager: why do you delete poste which criticise the government with specific points, facts & proofs? it is not acceptable. we will organise mass boycott of circles & publish in social media. more
Aug 29
View 302 more comment(s)
Post a Comment