The Chennai Bangalore (now Bengaluru) BRINDHAVAN EXPRESS , the then Prestigious one of yester years, completed 55 years in Oct ’19. 1964 – Steam Engine took7 ½ , then in 1966 Dieselized Engine taking 5 ½ hrs, in 1991 Electrified 5 ¼ hrs to haul 362 KM . Now it takes 6 hrs. due to the 13 stops compared to the early stops of 3, Katpadi, Jolarpet & Cantonment . But now it serves more passengers from smaller stations also .

* Brindavan was painted green with yellow lines that looked elegant and welcome ; particularly in contrast to the then existing colour of the compartments appearing dour reddish , brownish colour .
* It was also the fastest train in Indian Railways then . It had a grandiose dignified look as it sped through the Countryside (with “ O “plastic).
* Brindavan used to be on TIME as mentioned in the Tamil weekly “ANANDA VIKATAN“ that people used to set their Watches at 19.45 on arrival at Chennai .
* The passengers were ALLOWED STRICTLY ON RESERVATION . LIKE READERS TO LOOK AT THE STANDING CROWD .This isn’t weekend or Festival crowd (It was on Tuesday the 28th January )
* The train had A/C Chair cars then, discarded 6 years back to create Clientele for the “DOUBLE DECKER “ Train that leaves just 20 minutes before to the same destination.
SOME ONES IDEA TO REPLACE ONE PRESTIGIOUS TRAIN WITH ANOTHER ? INSTEAD OF BETTERING THE EXISTING ONE .
* Pantry Car was there catering clean , healthy , tasty food – Now removed to give way to contractors , who block the doors of the compartment , adding misery to the passengers getting in and out . HAVING REMOVED THE PANTRY CAR , CAN’T THE RAILWAYS PROVIDE PLACE FOR THE CATERER TO STOCK THE ENTIRE FOOD, SNACKS, SOFT DRINKS, TEA , COFFE AND WATER for the 362 KM journey for the entire Train .
* Today about 800 Million Indians are using mobile phones ; THE RAILWAYS NEED TO PROVIDE CHARGING POINTS IN THIS ONCE PRESTIGIOUS TRAIN NEAR THE SEATS AS WELL AS NEAR THE TOILETS.

The bone of contention isn’t the number of stopping or the extra hour taken at all , as it serves more people from smaller towns . But,

An Extraordinary , superb Train needn’t be turned into mediocre, ordinary, one . The very name Brindavan was christened after the Grand Gardens in Mysore .

WE SEEK ATTENTION TO BRING THE GLORY BACK TO BRINDAVAN.

Readers kindly don’t misunderstand , as I feel this is one more brick to Make Railways Better . more 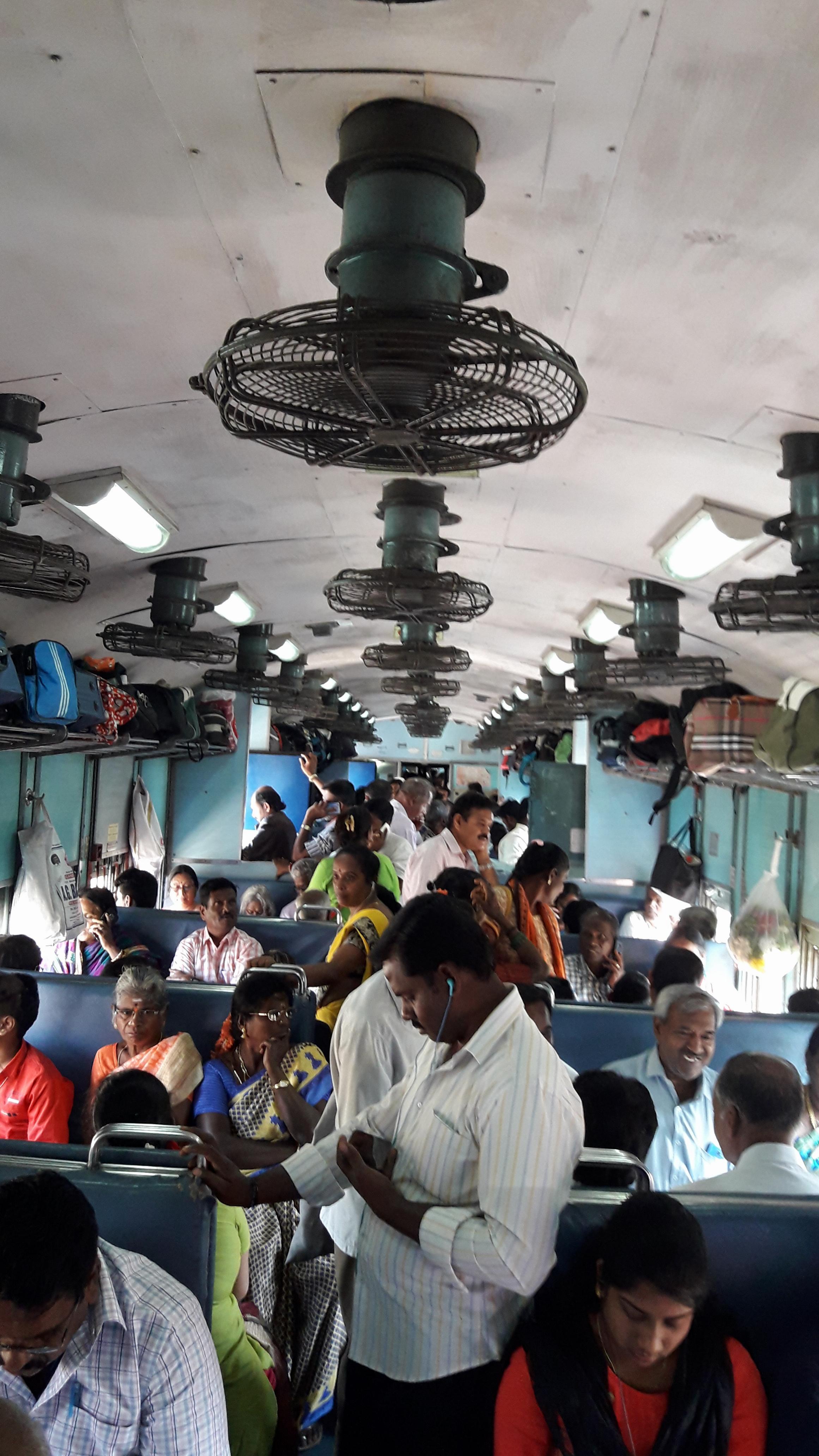 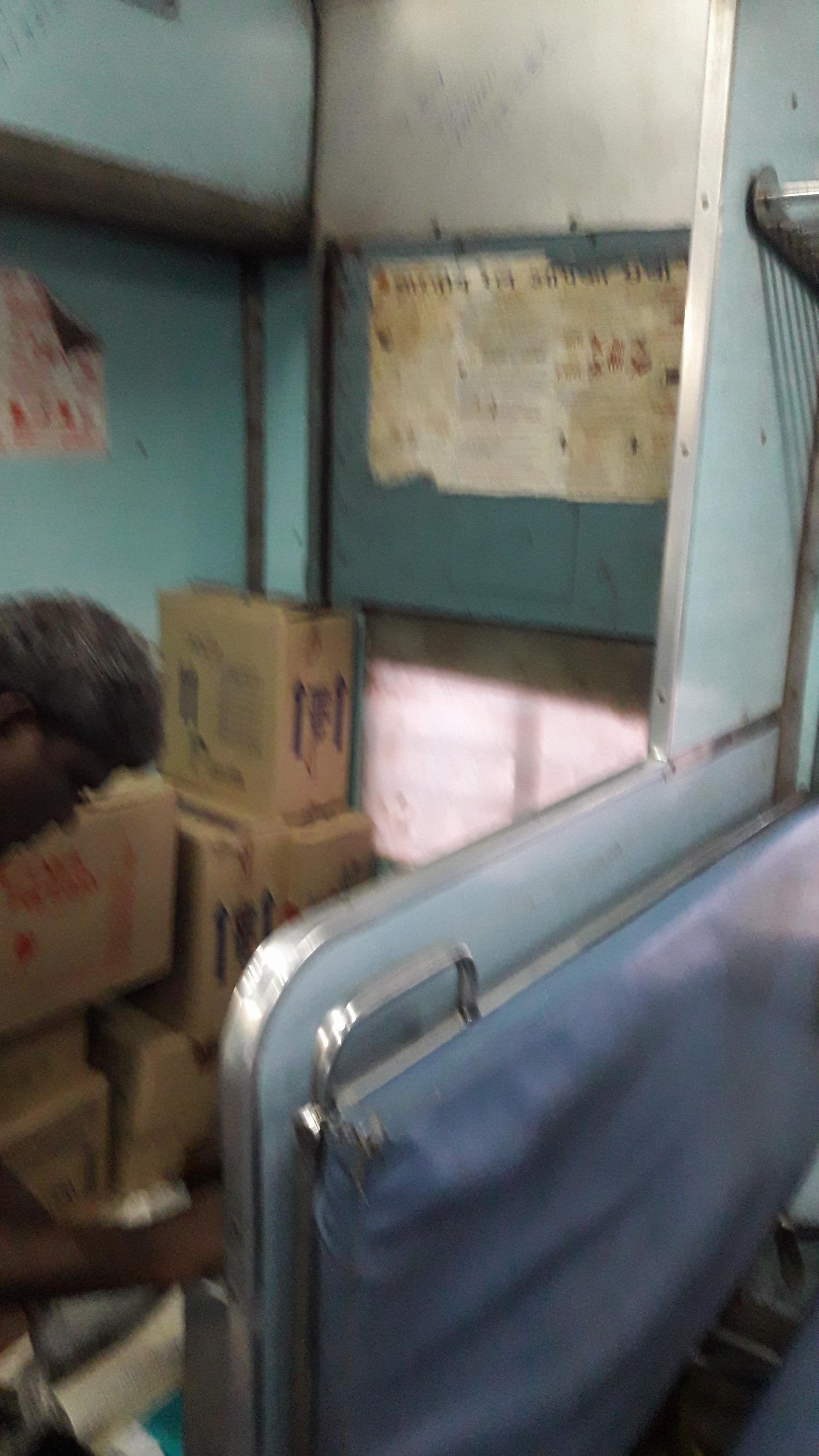 Brindavan Express turns 55, but charm long lost | Chennai News - Times of India
CHENNAI/BENGALURU: If there is one change that old timers and regular end-to-end travellers of the Chennai – Bengaluru Brindavan Express would love to.
Helpful Make Railways Better Jan 31
Viewed by 2124
View all 26 comments Below 26 comments

Arun Gupta (Mechanical Engineer in the field of Quality control/Quality Assurance)
This is the condition in all the old coaches trains. Until government replace it with new LHB coaches we cannot experience good and comfortable service. more
Feb 22

Ranjit Biswas
The railways should restore its glory by by replacing its coaches with latest ones equipped with all modern facilities, reducing its stoppage to reduce the running hours and introducing an alternate train to cover those affected stations to avoid public inconvenience and resentment. more
Feb 08

Kameshwara Rayaprolu
Couple of points from my side. Any day train between Bangalore-Chennai is bound to become a commuter train. Both Brindavan and Lalbagh are gross examples of how they started and where they are today. Added to that, the Bangalore-Chennai Express is now extended to Mysore which means more crowd. Even if a train is introduced with limited stops, sooner or later, it bows down to commuter pressure and political pressure. Even the Double-Decker will hit the same state in a couple of years. Only shatabdi may withstand this since it is fully A/C and prestigious ( In double quotes ). From a revenue standpoint, end-end passengers are less and hence in future, you will see more stops added to all trains. Quite simple as that. As long as Sleeper class is subsidized, we cannot avoid this. more
Feb 20

Viswanathan Sankaranarayanan
Those Praise Period had gone, now miserable Train Journey, especially all Reserved Compartment Occupied by the Un-reserved passenger, and no room for moving out for even "Nature Call", the TT are not strict, just see the Reserved Ticket Passenger and gone without evicting them to General Compartments, this makes all Gullible Passenger Moves to Double Decker and making more Revenue for that. Railway Authorities Yet to make any move on this. more
Feb 05 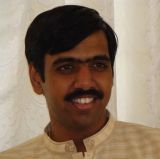