I could not relive when I read this. If they block the Bad sites then even informative sites will get blocked. On one hand we boast of our IT competence which has made many Indian companies winning many foreign clients-I work in one of them. Many software engineers are employed by multinationals and globally our IT might is acknowledges and acclaimed. On other hand we get paralyzed by such flimsy excuses?
Has government ever tried hard to block porn sites without blocking other? Have they tried to develop software around it. Has DOT asked its software engineers to do research or else lose their jobs? I have a serious doubt about it.
We all know that most offences committed against women/girls/children are fuelled by pornography.
Our government has again taken shelter under the technicality instead of giving it a serious try. If this is the response form a government which is headed and controlled by a women than I have no doubts that the content of these sites will keep getting more obscene resulting in children and women being raped.
What else can you expect from an important however most corrupt -Department of Telecommunication (DoT) . Correct Mr R. Raja? more
Helpful Surakshit Bharat May 06
Viewed by 58
View all 6 comments Below 6 comments

Mukta Rawat (,)
I totally agree that such shitty sites be banned. more
May 20 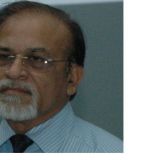 Vinod Gupta
Anomalies in the society do not crop up in a day. Neither can they be eliminated in a day. Its like, corruption cannot be removed by putting a few people behind bars. A well planned measure needs to be taken by eliminating the root cause. more
May 09

Vinay Negi
Not for a moment did I feel challenged or offended when people question my outlook. This is our second encounter and as you have come out in detail corroborating different incidents and criminals name to support your view, let me also make my views clear. I really feel sorry for those people who in the name of development and open mind have accepted everything from west without thinking of its harms. Billa and Ranga would not have access to internet before committing crime however women and kids were never so insecure those days. Your suggestion that 5% Indians use internet is misleading as correct number is 16% . Ajantha Alora, Kamsutra is classified piece of art and we did not have access to it unlike today. Do these porn site show anything related to art? Is what they show artistic? Do they show a pious relationship of mother and child? Do they show poverty and reality of those people who struggle to feed themselves without caring much if they have anything to wear-No they donât. Mr jain I have been part of many processions and candle marches and urge everyone to join and listen the sorry tale of those who were raped and brutalized. I am amazed how people accept porn sites and porn artists? The result is movie like Ragini MMS and I know we will not have guts to see the movie with our young kids. Look at china-they have blocked face book as they thought it was destroying their heritage. Having a mindset that everything is fine as it has come from west will destroy our cultural heritage. Look at west-Man marries man and woman marries women-Enjoying? Yes and the result is AIDS and HIV. Thanks to people having very opened outlook that this disease is very common in India now. Now besides only writing posts I am a social activist and have seen such things very closely. I Struggle to have a secure society and anyone who tries to think otherwise is welcome to change my views for I know I am right and I am not here to win any popularity contest. more
May 07

Dinesh K Jain
Mr.Negi, believe me it was only after much hesitation and a lot of thought that I am commenting - negatively - on your blog. For I am aware of the futility of my effort. But then I felt it against my conscience to let your egregious views go unchallenged. I know you actually believe it when you say that "We all know that most offences committed against women/girls/children are fuelled by pornography". But please pause and think again. What you are saying is that before the current - and recent - implosion of information aided by internet there were hardly any or very few sex crimes. That in the land of Kamasutra and Khajuraho, Bastar's and Andaman's tribals, and Kerala's matriarchal topless traditions, to give just a few examples! Our public domain has always been replete with common sights of defecating women in rural India, urinating men all over, suckling mothers, improperly dressed men and women - maybe mostly due to poverty, and so on. If they failed to trigger a spurt in sex crimes - as you seem to believe, then why should only websites do this especially when even today such internet access in India is still below 5%? What porn sites Billa and Ranga had been drooling on before they attacked those innocent Chopra children so savagely in 1978? Unfortunately in our largely uneducated - as distinct from illiterate - society, there is still no dearth of people, mostly men, but women too, who nurse such prejudices, biases, and ill-conceived thoughts, rather than accept and face up to today's inevitable reality - part of the reason why India languishes so low in global social rankings. It is time that we try to see the world for what it is today. We may make a beginning by having a free and frank, face-to-face chat with the next generation representatives in our own families. Please forgive me if you feel offended, but please do pause and think. more
May 07

Vinod Gupta
Negiji, There are genuine limitations. It's futile blaming Govt for every thing. Don't parents have any responsibility? If parents spend quality time with children and groom them well, Govt can take a sigh !!!! -- of relief. more
May 06
View 6 more comment(s)
Post a Comment