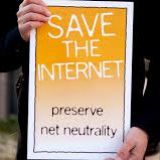 A five-judge bench of the Supreme Court formed to resolve the Ayodhya dispute paved the way to build a temple through central government-monitored trust and ruled that Muslims must get alternate land to build a mosque.

The court has given the central government 3 months to formulate a scheme for the trust that will make necessary regulations for the management of the trust.

The court said that until the trust takes over it, the possession of the property shall continue to be with the receiver.

It added that suitable land of 5 acres should be handed over to the Sunni Waqf Board. The directions for allotment of land to Muslims are issued under Article 142.

The pronouncement of judgment which lasted for more than 30 minutes, began with the five-judge bench of the Supreme Court dismissing the petition by a group of Shias claiming their rights to the disputed site.

The SC also said the Nirmohi Akhara suit was barred due to limitation. “Claim of Nirmohi Akhara only had intermittent charge of management rights,” it said.

Until Friday evening, there was no clarity on the date of the judgement apart from the fact that it would be delivered before CJI Ranjan Gogoi retires on November 17. However, the decision to pronounce the verdict on Saturday came after Justice Gogoi met top Uttar Pardesh officials reportedly to discuss the security arrangements. According to news reports, at least 12,000 security personnel have been deployed in Uttar Pradesh to ensure there are no cases of violence.

The history of the dispute dates way back to 1853 when the first incident of communal violence over the Ayodhya issue was recorded.

The case had been keenly contested in various courts since the demolition of Babri Masjid in 1992 and had been driving Indian politics in one way or the other.

The disputed land of more than 2.77 acres was claimed by both Hindus and Muslims. While Hindus have been seeking to build a Ram temple on the site claiming a temple did exist there before the mosque was built, Muslims claim that there was no evidence that a temple ever existed on the site.

In 2010, an Allahabad High Court order had split the land between the Sunni Waqf Board, the Nirmohi Akhara and Ram Lalla, the parties involved in the case, however, unsatisfied with the judgement, all three had moved the SC.
More than 2,000 people have been killed in the Hindu-Muslim riots that followed the demolition of Babri Masjid in 1992 by Hindu groups. more
Helpful Transforming India Nov 09
Viewed by 2853
View all 39 comments Below 39 comments

Rajiv Gogate
The 5 acres to be given to the Muslims - is it specifically for a mosque ? suggestions are coming that it be used for a hospital of other social cause. more
Nov 12

Gopabandhu Mohapatra
A clear and impartial judgement. The truth has been unearthened. Every one should feel satisfied. more
Nov 12

Tiru Narayan (Retired)
The belief that the disputed land is associated with Sri. Rama dates back to thousands of years. The muslims' claim cannot be before the mughals, or any other muslim group, invaded India and it is only a few centuries ago. more
Nov 10 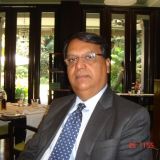