In the local circles I remember participating in discussions on data protection and our privacy. With what has been reported with pegasus, i feel that there should be a judicial enquiry and truth must come out. The below editorial by HT is a good and honest perspective by a newspaper who these days are generally shy to say anything against those in power. Do share your views.

They reported that the phone numbers of 40 journalists (including three from this newspaper), two ministers (including the new minister for information technology, Ashwini Vaishnaw), three Opposition figures (including Rahul Gandhi), political consultant-turned-politician Prashant Kishor, officials (including former election commissioner Ashok Lavasa), a Supreme Court judge, and business figures were on a list of potential targets for surveillance at different points in the last four years. The phone devices of some individuals, subjected to forensic analysis, indicated the presence of an infection or an attempted hack. If the allegations of widespread surveillance are true, they represent an unacceptable and illegal invasion of the right to privacy, right to liberty, and the right to dignity of all those targeted; the series also throw up deeply disturbing questions about the source of the hack and represents a subversion of India’s constitutional democracy.

Developed by the Israeli firm NSO, Pegasus is an extraordinarily sophisticated technology that can, once it infects a phone, gain access to calls (including on encrypted platforms), contacts, app passwords, browsing history, microphone and camera which can capture off-line conversations, and even plant evidence, as alleged in the Bhima Koregaon case. To be sure, the mere presence of a number does not indicate a hack. The list is only of potential targets. Forensic analysis has been limited, and also inconclusive in certain cases. The Government of India (GOI) has denied allegations of illegal surveillance, and claimed all interceptions are as per law and due process — though it does leave room open to ask if GOI has purchased Pegasus and deployed it. NSO, which maintains that it sells the software only to “vetted governments” for countering terror and crime, termed the allegation baseless, and claimed that the 50,000 listed numbers (internationally) may be for other purposes. But its chief executive, Shalev Hulio also said that allegations of misuse were concerning and if true, violate the relationship of trust with customers, ie governments.

Either way, there must be a truly independent judicial enquiry to get to the truth and hold those responsible for this violation of fundamental rights accountable. more
Helpful Surakshit Bharat Jul 20
Viewed by 1717
View all 21 comments Below 21 comments

Ranjit Biswas
Such allegations had been made on the governments in office in the past as well. Merely reading a story published in a news paper, we need not to be so irritated to the extent of asking for a judicial probe. Such acts are not new and happening all over the world. more
Jul 21

Jagdishchandra Choudhary
It is simply an attempt to keep busy in fake informations.they don't let govt to work productive.govt.should not give any weightage to such people but such people are required to be taken to the task more
Jul 20 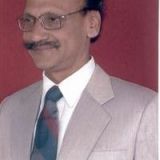 Vijay Bhosale (A retired Indian army officer. )
The prime post above, though not reeking; carries a faint smell of purpose to agitate people's minds. Seems to be a step towards upsetting system that otherwise is on the right path. It's hoped that this isn't a ploy to force govt & the nation to waste costly resources after handling some quixotic affair. more
Jul 20

Prithvi Nath Bhargava
HT does not appear to be a non-political paper. more
Jul 20

Lalit KAUSHIK
It is just a political propaganda to remain in news by politician. Masses have nothing to secure. more
Jul 20
View 21 more comment(s)
Post a Comment