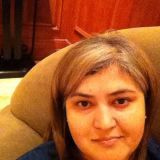 Deepti Saeen
After the squalor and storm caused havoc in NCR, All of a sudden power cuts in and around Palam Vihar have become the norm of the day.... Power house JE has decided that if even their is a whiff of wind or even a leaf from a tree moves power would be shut down in whole area....Be geared for a powerless rainy season.....Is DHBVNL taking a note of it........... more
Helpful Residents of GURGAON Jun 01
Viewed by 452

Devinder Chopra
Deepti ji, (& i felt you must be a Sareen -- most of whom came from Lahore, as i did)
One must say it, the way it is. That alone is democratic. In a family, among a peer group, in school / college or in a career; but, always with RESPECT. As you did.... i voted for Yogendra Yadav, because he is the best & honest. i told him (in a "bhari sabha") before the GE, that MICRO to MACRO is viable & known, NEVER the other way round; he agreed saying "that i may very well be right" as i say now; AK made a mockery of the massive support he got! All of this is politics; but governance comes from clean, humble and politicking for development which DELIVERS -- the way GANDHI JI did -- our Independence. Not ever knowing how his name will get used even SIX decades later! Durgas and Ashok Khemkas exist, by the score among our people. Honest workers must get public & supervisory support to make our 21 st look like the 22nd century! Get things done the way Shreedharan ji (METRO) did by us all, in urban India. SANITATION, GARBAGE collection + processing & ENVIRONMENT control will garner water, energy, affordable health and education + law & order -- NOT "dadagiri' that we Indians have excelled in, heretofore! Keep manufacturing cars, gather massive taxes, also from the salaried ones -- but IGNORE those who make lacs & never ever get registered! Even stash it up overseas -- do nothing even when you get the lists from the said Govts.-- at least some of them! Then have the said cars park safely on the tiled pavements -- with the seniors/children to walk on the roads, here! One need not say more. GURGAONites have suffered as they despised voting, in the earlier years! One hopes they will do even better in a few months. NO ONE speaks up for the elected 35/36 Corporators -- who have no power to function & deliver the services that Gurgaon needs. Why have municipal elections IF no constitutional power is given to them? All it appears is for show and blow & a hollow democracy?
i have spoken out of turn, in a sense as my days are numbered....
Raahgiri is a very powerful method and tool for THE MAJORITY... but on all that another time. Post Script--- To be young, and do nothing except to make a buck - is being untrue to our India! dev chopra (dlf-II) more
Jun 01

Deepti Saeen
Dear Mr. Baldev and Devinder Ji, I joined this forum after Mr. Adeep Sharma invited me at its inception.. have been following it ( to be honest, irregularly)... at first I was a little unclear on the purpose...and got dismayed in between when people used it for selling property... But have seen few people like you raising there voice for certain issues.....I think we should stand together against certain issues which would make remarkable difference to our daily life in the so called millennium city... Raahagiri effort though a good one.. has taken people away from the serious issues which ails this city..... Local Media is only gung ho about raahagiri and has stopped raising issues like Bad Power supply, Horrible infrastructure, miss- coordination between all the government departments etc. etc...... we should use this platform to create a voice against illogical decision making of administration which comes from a fact that all of them are living in same Babu fiefdom since god knows which era.....I am willing to join hands with people who want to be the change they want in the city.... Regards..... Deepti Sareen more
Jun 01

Devinder Chopra
Deepti Saeen Ji,
Your sharing reminds us of our shift here in 1998! To be fair, matters & some Elect. services have improved (partially because of DLF ?), certain factors need to improve, much. Calling it a Millennium City is a fraud. We (28 families in plotted houses) run a diesel generator ending with an enormous 'Kharcha'. DHBVN has to increase chargesas they crawling with major losses; may still reduce charges by a few paise per unit on a/c of the assembly elections! Just as the property taxes--the non-complaint got massive discounts; those who paid regularly, like us, GET BACK NO REFUNDS (for 4 years!). ADJUSTMENTS will be made, they say! So we live on hope, & wonder who will respect the said PROMISE, made generally!!! Because the "hawa" in India is seeking what the youth calls A CHANGE--and i am as young as 80 is!
-- dev chopra (DLF-II) more
Jun 01 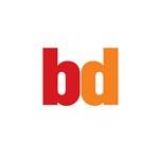 B.D. Mukherjee (Westend Heights)
We need to stand against this act if true. Thanks for sharing Deepti ji more
Jun 01
Post a Comment