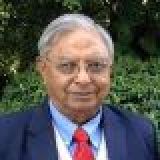 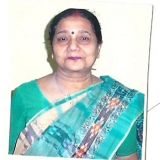 Shubhra Sanyal
Problems in Gaziabad in totality will remain as long as residents stop complaining and begin to take initiatives. In the meantime GDA and Nagar Nigam are enjoying the situation and passing the buck from one to the other. The officers of both the departments need to be sternly apprised of no nonsense business from the residents , only then the ball will move and action will start Dr S.Sanyal. more
Jun 25

Rajesh Sharma
Dear Gupta ji In my earlier comment I suggested u to be braodminded, so my friend Mr. Abinash Saxena has commented. Now instead of showing your broadmindedness, you have stated preoblem of development. That is the real problem. No body of thought of development of infrastructure and atleast problem of availability of drinking water, proper sanitation, proper traffic rules follow up , proper railway station, bus stand , govt. hospitals. Even the residents of the city are also responsible in not raising their voice , may be the city appears to be living in some kind of fear psychosis . We all have to raise voice at some platform, starting from scratch. Hope my other friends will do it and also contribute in the cause by joining another circle 'rajesh jan seva' , for which i welcome u all. May be one day , we are able to do something for the city. more
Jun 24

NAVIN CHAND GUPTA
UP is a old state and it had ALLAHABAD/ BANARAS/ LUCKNOW/KANPUR/AGRA/BARIEELY/ MEERUT MORADABAD/ ALIGARH /MUZZAFARNAGAR /GORAKHPUR /HARIDWAR/MATHURA-VRINDAVAN as main old cities. While Ghaziabad and FARIDABAD were 2 old cities close to Delhi. In these 2 cities Industrialization was conceived as a basic input around Delhi under the DELHI -NCR indea. Further it was thought that some Government offices will shift to these cities to contain congestion in DELHI. MARUTI FACTORY GAVE BIRTH TO DEVELOPMENT OF GURGOAN. But the Government officers gave bright idea of DEVELOPMENT AROUND DELHI and GDA/ NOIDA/GNOIDA/ FDA/ were created/ on the lines of DDA in DELHI. Whole focus of UP/HARYANA shifted to DELHI -NCR. In Delhi main development is FLYOVERS and METRO could solve PUBLIC TRANSPORTATION Problem to a good extent. Now if you add up population of GHAZIABAD/FARIDABAD/ GURGOAN it may not be even i lac. So today what we see in NCR is virtually new. Only GHAZIABAD RAILWAY STATION IS 154 YEAR OLD. MY BASIC POINT WHY DELHI NCR HAS NOT BEEN DEVELOPED LIKE TOKYO YOKOHAMA AS INDIAS URBANIZATION MODEL. Why old urbanized cities having great old heritage big universities remain unattended ? Now population has spread all over new/old cities. Farmers have left farming. Industrialisation has not picked up . ONLY POPULATION BOOM IS KILLING INDIAN STORY. So just think over and GHAZIABAD CIRCLE HAS OVER 14000 MEMBERS. THEY CAN DO WONDERS WITH THEIR KNOWLEDGE BASE. more
Jun 22

Ankit Garg
Dear sir, very rightly you have highlighted the issues but reasons are not correct. Just a small question, do you approve of what MNS doing against north Indians in Maharashtra because you are thinking on same grounds. more
Jun 20
View 13 more comment(s)
Post a Comment