KAUSHIK SENGUPTA
Fully agree we are not able to do simple thing like gutters alway's open in best of localities and public is also to be blamed for littering it with garbage. One feels so hopeless. Swachh Bharat looks to be a very tall order with our kind of civic sense. Our Mindsets have to change especially the urban class before blaming anybody for all the mess around. If we can achieve our clean India goal in NCR & MMR we have climbed the Everest, forget other places in India. more
Helpful Swachh Bharat - Clean India Dec 17
Viewed by 50

Gita Devi Of Kapurthala
Re comment received from Mr.Zunzar Patil on Wed 17th December, I have lived with a house that is being constructed by my neighbour over a period of SEVEN YEARS.For seven years I have endured the noise, the dust, the inconveniences of loud labour, AND CHOKED DRAINS, with the debris of this house being deposited in the drains with no common sense nor sense of responsibility, by unsupervised and illiterate labourers.
At the same time I have been told that all houses under construction are responsible for the same offence, spilling their building material as well as debris ino the drains which are totally choked..
How can the overflow of rain watr ever flow through? The result : flooding of drains, stagnation of water, breeding of mosquitoes and general awful odour and filth.All due to apathy, corruption, disinterest of the Municipal authorities, disregard for one's neighbours and selfishness ,together with total lack of civic sense by the inhabitants of the colony themselves.
We will never be able to reach the goal of a Swach Bharat until there is a firm hand, harsh punishment and educated,competent officrs such as those Lee Kwan Yew used when he pulled little Singapore out of the mire of ignorance and poverty to be a shinng example of a supremely beautiful, clean and orderly City-State which it is today.
No one dare spit on the streets, urinate on the walls, throw litter on the roads or break a single rule imposed by the State to elevate its standard of cleanliness, harmony, beauty and peace.
Its time we started to WORK in tandem towards achieving this.
Every one of us, you and I, are to do our bit towards removing the very sad and humiliating
slur of Indians being the filthiest people in the world. Gita Devi more
Dec 17

Sameer Sam (1837, Advocate)
You're right. ..but the dustbins which are used to litter the garbage in public places are so small that after few hours of day they are full of garbage and the rest is coming out of it...which rules out the whole purpose of dust bins more
Dec 17

Sameer Thakkar
Hi, Rightly said "Charity begins at home". We should ourselves stop from doing this and also stop others around us from littering the waste or garbage into the open drains/gutters. more
Dec 17 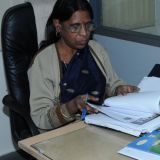 Padmawati Tyagi (193 RPS DDA FLAT, NO)
yes i fully agree. In our locality a vegetable vender through rotten vegs in drains and gutter . it is high time we should sensitize general public to come forward and protest these activities more
Dec 17
Post a Comment