15 things to get rid of till next I-Day

happy Independence day everyone. Sincere congratulations to all of us and the local circles team for coming with new circles/ideas connecting people and Govt. I want all of you to list 15 things that we as a country can (practically) get rid off in next 1 year to make the country better. My vote is for misbehaviour in parliament through tough code of conduct. Everyone must give atleast 1 though you can give 15 too. I will summarize for everyones benefit and publish so the circle can take to PM. more
Helpful Transforming India Aug 15
Viewed by 7918
View all 103 comments Below 103 comments

Jacqueline Garewal
1.At decision making levels, caste or seniority should not be a factor in selecting the candidate for promotion. Merit should be the only criterion.
2. Religion is a personal choice and should have no impact on civil law.
3. CC tv should be installed in all government offices to prevent bribes. Why should any one have to bribe an official to do his job?
4. Define the meaning of Scheduled Caste/Tribe, make it public and then stick to it! Stop adding SC/STs just because they demand it, or else soon all Indians will be SCs!
5. Heads of educational or technical colleges MUST be selected on merit and qualification, rather than making it a parking lot for political favourites.
6. And please make tax laws that people can understand without going to CAs or professionals. Define percentage of tax to be paid according to income slabs. Define what can be deducted from income and the balance is subject to relevant tax slab. Simple!!!! more
Aug 24

Rajendra Asthana
1. Common code of conduct for all Indians be general public, politician, bureucrats etc.
2. Performers should be recognised over non-performers & appreciated.
3. Discretionary powers of Govt. servants may be streamlined & made transparent.
4. Reservations for different categories may be removed. It may be offered in begining but later on attaining age of maturity all individulas may compete on equal platform without any reservations. more
Aug 23 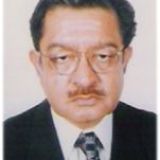 Dipak Himatsingka
1. Every assertion made by an MP or any politician to be substantiated, or else he should vacate office.
2. We should do away with multiple civil laws pertaining to various religions. Have one law and one common code of conduct for all Indians.
3. Stop all reservations except for Schedulled Tribes/castes and these are to be compulsorily to be phased out over a maximum 10 year period.
4.Get rid of Governmental controls. Introduce self regulation with severe penalties for offenders.
5. Get rid of multiple taxes by any name whtsoever. Have a single point tax , subject to a maximum of 25% .
6. Stop harassment by Govt. officials, those in power.

Sudhakar Puttagunta (Ph.D , IITD:Research faculty,CARE (1973-'84); Faculty, CRDT(2006-'11), )
1. Get rid of the lack of arriving at majority's opinion on issues of concern and the non-transparency in procedures adopted claiming majority support.
(When the issues are many, and the order of priority varies from one to other, there should be a way of collecting opinions on a mass scale, to transparently arrive at the majority’s priortiy list. A repeat of the process for arriving at the majority’s startegies to be adopted to tackle the prioritized issues. That is democracy in action with due care taken to protect privacy, when so desired, while ensuring transparency in the process of arriving at the majority opinions. This is the need of the hour when there is much divergence in views cutting across party lines on almost all the important issues.)
2. Get rid of currency notes of Rs 100 and higher. (In fact even the lower currency notes, should be removed and coins of Rs 1-2-5-10 - 50, to be introduced.)
3. Get rid of all cash transactions beyond Rs 1000/-
4. Get rid of the silence on a) leasing the land and b) the possible lease rental policies for all non agrarian uses. Put up these isssues for public debate.
5. Get rid of ownership of land for all non-agrairan uses. Instead, let the non-agrarian land use be only by lease rental.
6. Get rid of 'eminent domain' that strips the citizens/farmers of their land ownership, restricitng eminent domain to the land use alone.
7. Get rid of the governmental control over administration of public academic institutions and get rid of the government's nominees beyond some '20% 'of the academic governing council memebrs. more
Aug 17

R R Joshi (computer IT)
My vote is for misbehaviour in parliament through tough code of conduct. more
Aug 17
View 103 more comment(s)
Post a Comment