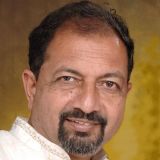 (This cannot be enforced, but if we request the ladies of the country to have just one child in their
life time, irrespective of cast, creed, number of marriages etc.. Mainly because the society is
already overcrowded, and her child is going to face more severe conditions)

Childless couples can be offered some monitory award during their lifetime to encourage them to go childless. Government should make some provisions to perform their funeral and annual religious rights.

2. NRC and Uniform Civil code implementation
Can be made simpler by updating Aadhar, PAN and Voter ID cards, only in doubtful cases rather
than subjecting every citizen for this activity.


3. Urgent need to setup an E-portal to collect analyze and act on suggestions/grievances received from
public. It is better if every ministry has such a portal. Major decisions can be implemented after
suitable discussions at various lower and higher levels.

5. Income tax abolition
It is well known that only a small percentage of population, especially the salaried class
pay tax. Attempts to rope-in business class, especially the larger ones, has failed.
In fact this has been suggested by many, including Chartered Accountants group of Pune and
Dr Subramanya Swami.

( I was running a small business, and promissed just 1% to my commission agent, and in the
bargain, I lost and finally was constrained to close business.
When tax is levied on such Bank Transaction, invariably cash transactions would increase,
so Govt can think of some way in which it can tax such cash transactions as well)

7. To inform pubic well in advance about any major policies like CAA or NRC to avoid any
confusion and retaliation from public

8. To tackle any problems agitations right at the beginning rather than
to wait till the group hit the street in dharna or morcha etc.,

9. All said and done GST is another avatar of Sales Tax, a tax paid by buyer rather than the
manufacturer or business man. So it is actually a Buyers Tax. Then, how come, there is a decline in
Tax Collection, and why there is such a cry from business maen? After all, they are collecting it
from buyer – whole seller or retailer and finally the gullible buyer. One method could be to lower
the tax rates. Other easy option could be commission on Bank as well as cash transactions.
Buyer can easily avoid tax by not opting for a bill, cash or Bank transaction, may be this habit is
coming down, but it could be further brought down by reducing the tax, which I am sure will result
in higher tax collection.

10. To create more job opportunities, many household products like Sambar powders, Chips sweets,
etc., should be made locally, rather than one company making it and selling it across the country.
Many components, like Automobile spare parts, electronic components can be made at home, and
this should be encouraged. Textiles too, especially handlooms, should be allowed to use Nylon
Polyester etc.. The products should be suitably subsidized, if need be, to make the rates competitive
with the mill product.
This will create more job opportunity and would support sizable population. more
Helpful Transforming India Jan 06
Viewed by 2000
View all 34 comments Below 34 comments

Csn Sarma (socialworker)
Uncontrolled Population RUINED THE FATE OF LISBON . India to give Life to Controls of 70s . more
Feb 25

Gopabandhu Mohapatra
Suggestions are good, but there are good number of people, who want to take advantage of the other side of the coin. How to control that ??? more
Feb 25

TEJ KRISHAN RAINA
Yes, take one or two norm child on the first priority and devise ways and means to implement it without coercion but may be with both financial incentives or disincentives or other services offered by the governance. However an acceptable uniform policy without religion, caste, colour or creed on population control would relieve the country of many ills and problems. more
Jan 12

Ranjit Biswas
We should not live in fools' paradise that people will restrict their child production on request of the government or individuals, that too in a society of ours where a section is going ahead with a specific vision of changing the nation's racial colour at the earliest by producing more and more children. And the one child policy of China has utterly failed making the country a nation of elderly people compelling the government to change their policy of one child.

The concerned ministry may get the other suggestions examined by their expert teams about their (suggestions) suitability and beneficial aspects. more
Jan 08
View 34 more comment(s)
Post a Comment