Hanuman Marda (marda bldg, n h way, deorali -..., Healthy Feed)
You have to first fight corruption otherwise nothing will materialize. Pollution under control certificates are sold for a price.Polixe catching a polluting vehicle will do nothing for a price. Polluting industries goes Scot free for a price. . Tree plantation is done for media and gains. No body takes care of the plants afterwards. Official plantation figures are exaggerated to get a price. Trees are cut by paying a price or VIP need. Fir every office order of Two , Ten trees are cut . These are some of the facts which I see and notice often. more
Jan 25

H.P. Gurg (Lokhandwala Complex Andheri Mu...)
Basically 3 factors are responsible for most of these problems.1)Corruption 2) Reservation and 3) Over Population.Also lack. of Self Dicipline is another factor more
Dec 07

K C Rana
The politicians and not the public at large is responsbile. Due to vote
bank politics, no ruling party dares to tame farmers, industrialists,
old vehicle owners, builders, slum dwellers etc. The conventional crematoriums should be replaced with electric/gas ones in all cities/towns. more
Nov 17

Gopabandhu Mohapatra (216, Shantinagar, Jharapada, B...)
The farmers have never realised their mistake and do the same thing next year. Let the stable burning be made an offence, so that the pollution will be controlled and Children's day can be celebrated, as usual. more
Nov 16 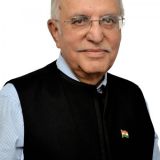 1 Page 1 TOI Nov 15 Caption States: Delhi-NCR suffers 3rd day of Poison air, relief only by SatâPM2.5 Above Emergency Mark for
over 60 Hrs. No kids in School on Childrenâs Day.
All 38 stations monitoring AQI were in severe zone with Dwarka Sector 8 recording 820 (severe) Second Most Polluted Ghaziabad 690
South Delhi 484 to 663. Least Polluted being IHBAS 412.

4 Honâble Justices G S Sastani & Anup Jairam Bambani in DHC stated Nov 14: âThere is a complete lack of will to implement measures to
tackle the problemâ having taken up the matter in 2015 & passed several orders to contain air Pollution.

5 6,000 exposed to Foul Air at celebratory run; underprivileged, forced to run, in Chanakyapuri at annual NGO Prayas Run flagged off by Simran
Kaur Mundi when AQI 463. Should not have been held as EPCA had closed schools & infants facing Air Pollution susceptible harming their respiratory
track.

6 Knowing Health consequences, Kailash Satyyarthi Ji cancelled an event at India Gate Nov 14 of a gathering of Missing Children as Haze eclipsed
the Programme & would be a Health hazard.

7 At Officers meet to discuss 11 a.m. 15 Nov most skipped attending & few MPs turned up â unanimity only: should not exempt 2 Wheelers. Talk
ongoing to extending odd even & observers feel very likely schools will remain shut as AQI not coming down but on the contrary increasing.

People wonder if we are losing the fight against Pollution; as Gimmickry, Lip service, lack of co-ordination within Persons in Authority
is seen; will only make matters worse. Presume State Capital cities across India, AQI daily figures are more or less similar & readers are
requested to respond & report whereby we address the Problem & catch the Bull by itâs horns.

76% of our Population in India stated to be compellingly existing in Pollution Severe Cities.

The Methodology, Ways to Tackle, the menace of POLLUTION, has to come from persons in whose mandate this subject is priority
- a lot many feel it is our Elected Reps who matter most, each themselves now know that health within their own immediate & extended
families gets worse each day, also this is greatly harmful for Young school going as well as Elders who generally have Health issues & are
stuck within Homes, wherein too Eyes burn & there is great discomfort.

Do as a reader share this mail, disseminate to others you know who are concerned, whereby we get closer to solving & finding Solutions- each reader
writing in to all what ever solutions appeal to them best.