STOP the LOOT by Airlines 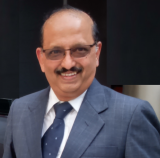 By Pradeep Kamat
Airlines are cheating consumers in the fare system. The breakup of the charges are such that on cancellations consumer hardly gets a refund. There has to be fixed charges as Railways follow. Secondly the ticket charges are so exxagerated that there is no logic. Private airlines sometimes charge as high as 3 times fare than the normal average fare. Plus they charge you for seat selection, insurance and others. This type of loot is not seen by airlines in other developed countries. Last moment fares can be a little high but not 3 to 4 times average fare.
It is high time the government intervenes else the consumers will be cheated by tgese airlines.
Connected ConsumersMar 25
3 Online Signature(s)
Viewed by 143