By FALGUNI BANERJEE
One family man of 27 years of age having lean structure died leaving behind two kids of age 3 years and less than 1 year clinging on to their mothers arms who is also about 24 years of age.
Reason:
He got influenced by paper ads that some pills can magically change his lean & thin body to a well chiselled muscular body like a professional body builder. He bought one vial of the pills and consumed regularly. He died of serious cardio vascular failure, destroying the family's hope and aspirations.
Many such cases are happening across India in-spite of warnings from doctors and media is publishing such ads regularly, obviously run by ILL-Educated people who understand money, even it may be at the cost of life of people.
What GOI can do:

2. GOI must force manufacturers to stop production of above items & if done, the unit must be closed indefinitely.
The Petition was also marked to: 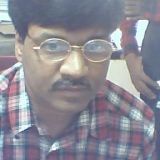 Sabyasachi Gupta (23 years of my stay at Bangalore)
Two actions might solve these issues - 01. Policy of what authorization and certification is required to publish what type of information for general public. 02. Tracking all such advertisements and links by a special intelligence departments and linking with their "mother" establishments then punishing the culprits. more
Sep 03

Sibasish Mishra
Post this issue in GAMA portal, the link for which can be found onthey would take down the ads. gama.gov.in more
Aug 31 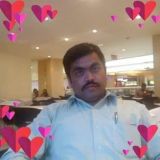 Gopabandhu Mohapatra
Most of the health related advertisements are misleading and they prescribe particular medicines like tablets or liquid, without the doctor examination or diogonasis. Without proper advise from a medical practitioner it is not wise use medicines. Hence, advertisements should be allowed to use medicines. more
Aug 30