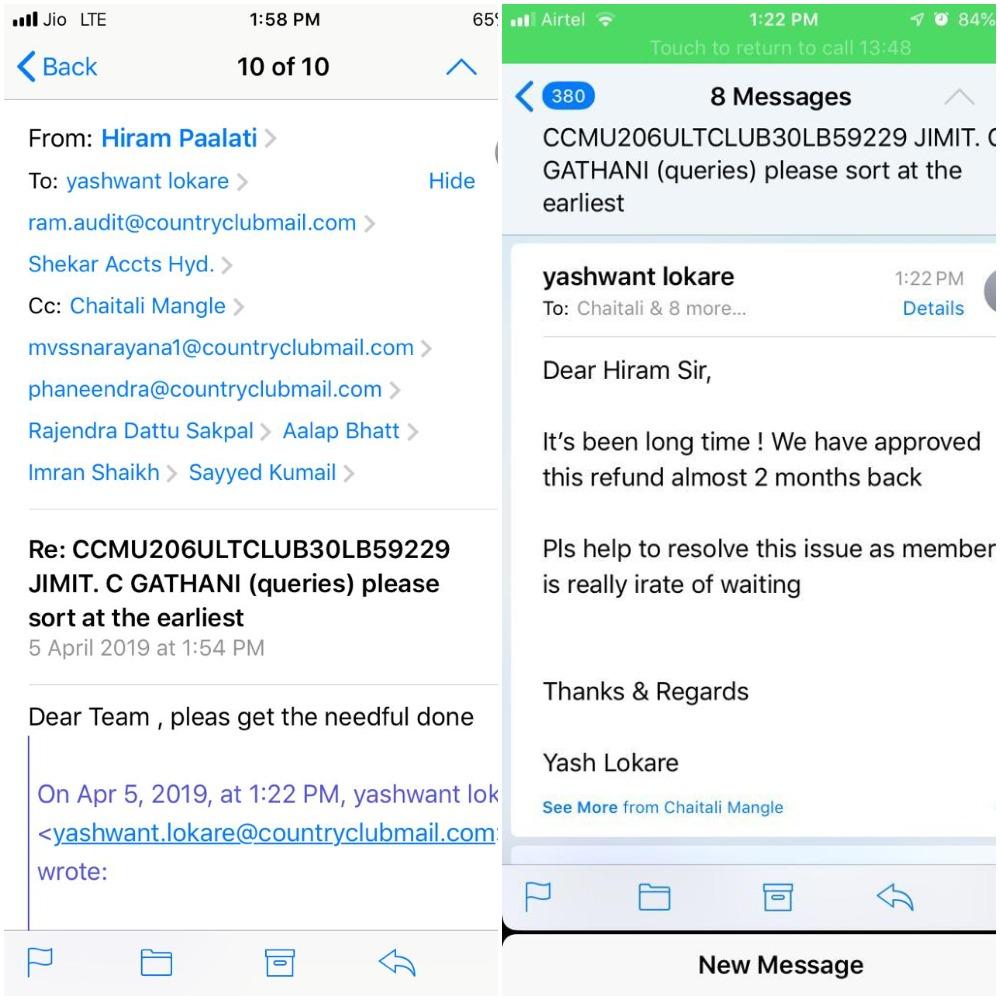 By Jimit Gathani (chartered accountant)
the people who take membership of the clubs with their hard earned money, but when the benefits and promises are not fulfilled people get deprived and after making so much of follow ups and complaints if their money is not refunded the feel deprived.

such a big club which is a listed company but do not care for members and their well beings, they seriously have no stand for progress.
The Petition was also marked to: