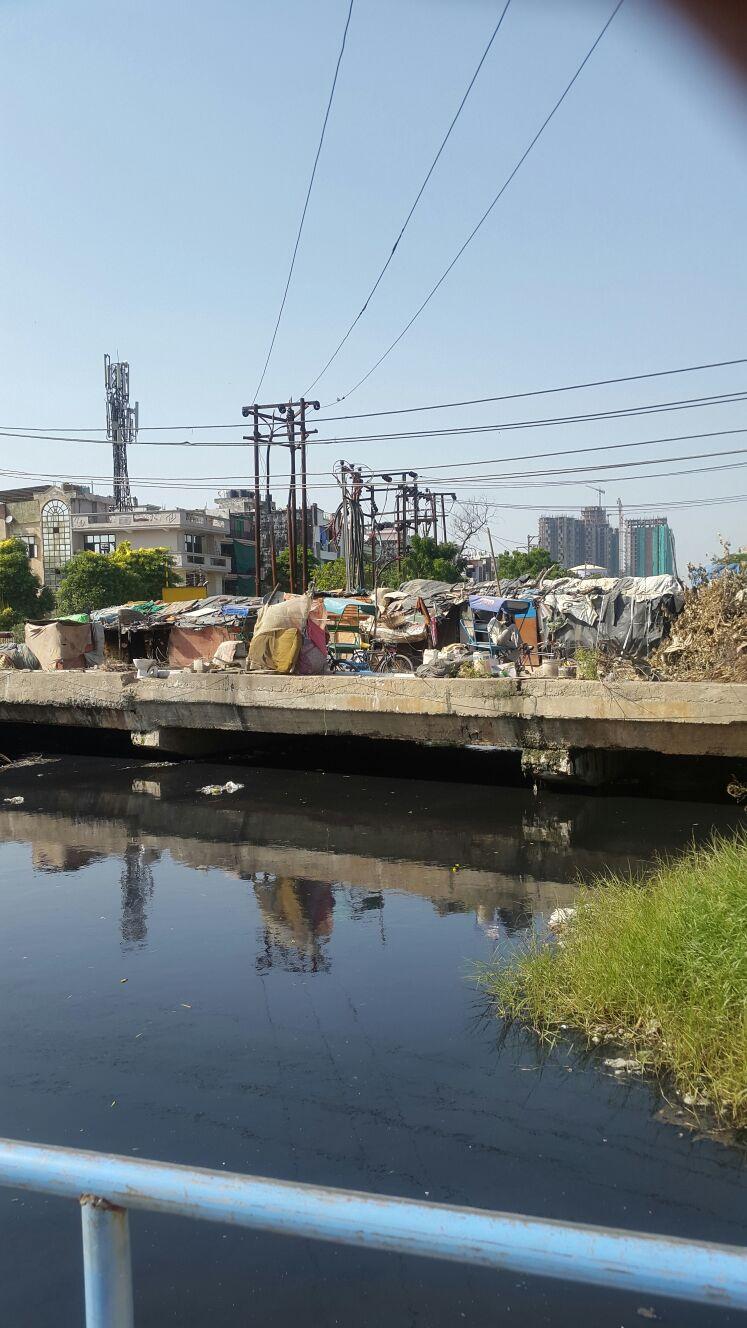 By Harminder Singh (H.No.577,Sector-1,Vaishali)
We the residents of Vasihali Sector1, East Side Ghaziabad (U.P) In front of our houses an open Drain is running due to which the residents of Lane Suffers /Facing A Lot of Problems.
The hazardous gases, toxic s & smell are continuously emitting from the effluents discharged from factory, hospital, etc. in vicinity of the open Drain. The effluents emitting from the Drain is causing various health related problems such as Asthma, headache, nausea, skin problem, also becomes house of mosquito, lizards, rats etc. and destroying expensive household goods such as ACs, Refrigerators, LCDs/LEDs, etc. Due to which residents have to spend heavy amount of their hard earn money & valuable time on visiting doctors, medicines & on repairing of electronics. Also the people illegal residing in the lane (Slump’s /Jhugi’s) are disposing their waste /garbage in the open drain & using it as their toilets by sitting on the sides of Drain.
Even there is no boundary wall resident of colony built the wall on their own & planted trees to hide the same. The same was demolished by nagar nigam on the name of cleaning & destroyed plants too by putting the drain slit on them & leave it by saying will come again & pick after it get dry but nobody comes & in rain it goes back again in drain/nala causing overflow /logging of water alongside drain.
It's seems we are living in some illegal colony /slum cluster not in any Ghaziabad's posh colony situated on Delhi-Ncr-Ghaziabad border no govt authorities wants’ to do talks do anything.
It's very shameless for us we cannot call /invite guest to our home due to all above ambience
I request you all too please spread /raise it as much as you can to Build pressure on govt authorities to cover /install treatment plant on the starting of drain/nala as we are paying all govt taxes & as a citizen of India its our right to get better air.water,living environment.
What is the meaning of swatch Bharat if the resident of posh colony living in such distastes environment swatch Bharat is running running only on govt papers /media,news papers advertisements.
Hoping a positive response.
The Petition was also marked to:

Together Against PollutionJul 26
2 Online Signature(s)
Viewed by 107