GSTIN not updated on customer invoices by Microsoft 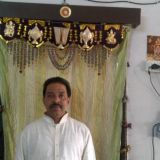 By Venkataramana Asuri
Microsoft Corporation (India) Private Limited has been issuing Tax invoices for their Office 365 customers without updating the GSTIN of the customers ever since the GST was introduced in July 2017. Microsoft have filed their monthly returns as B2C sales instead of B2B Sales and treated all the GST registered dealers as un-registered dealers.
Unknown of the above fact, the customers have been claiming GST Input Tax credit while setting off their output liability payables. This was discovered in the recently by the customers while conducting their 1st year GST Audit.
When the customers have contacted Microsoft to revise their invoices with GSTIN numbers and also revise the Monthly returns, they declined to act on the same and have asked their customers to knock on the GST department doors to resolve their issue.
I would request the GST Tax consultants / GST officials in these circles to suggest / advise steps to be initiated by the customers to make Microsoft revise their invoices on Customers by incorporating the customers GSTIN on all their invoices since July 2017; and also steps to be followed by Microsoft as to how to revise their monthly returns since 2017 to enable their customers avail or justify their Input Tax credit.
I further request the GST authorities to take action on such vendors who are not obliging their customer's request to input the GSTIN on the tax invoices as it is their responsibility.

Thank you and anticipate an early resolution to the issue.
A Venkataramana
Mob# 9347807005
The Petition was also marked to:

P R RAMASWAMY
Such multinational Corporations think that they are a law unto themselves! Doing charity alone will not get them goodwill. Hope GOI will take them to task. more
Jul 29