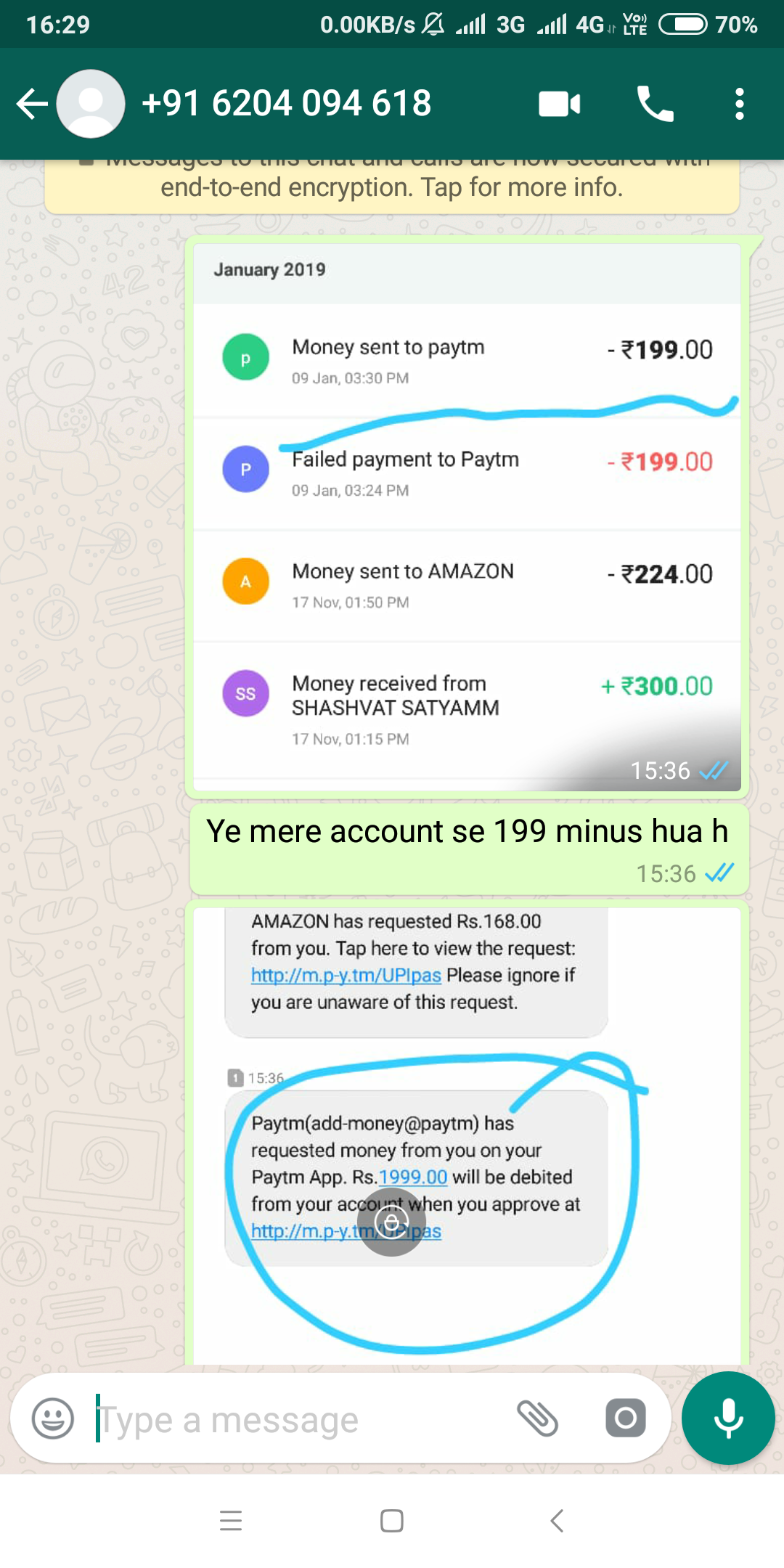 By Riya Gupta
I ordered set of mobile covers worth 199 and paid via paytm but they did not send any confirmation.I waited for a week. Then,on 9 january,2019, I called on 9083334295 they keep on hold on me and cut call for 2 times then, the number is not available. Then,I called on their another number 6204094618, one person told me that they can't deliver the product so,he forwarded call to their higher authority. The higher authority person demanded the card number from me but I denied to give that. Then, he told me to cashback 199 via paytm. I continuously told him that he is requesting money from me but he befooled me Nd I sent 199 to his account.once he requested 1999 Nd told by mistake.then, he told me to pay via bhim app by saying that paytm has some issue , and then,that guy request 49,999 from me. Meanwhile,I demand WhatsApp number so that I can show him reciept of paytm amount debited from my account. Then, I understand completely that he befooled me, so,I called him back Nd told him that I am a lawyer. Then, he harassed me by saying that it is good if u r a lawyer Nd he asked me that the profile pic is mine. Then, I told him a lie that she is my daughter. Then,be passed foul comments on me by saying that he knows she is not my daughter but it is a picture of mine.
Connected ConsumersJan 09
2 Online Signature(s)
Viewed by 29