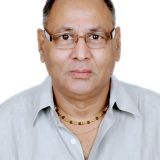 By Subhash Garg
TDI lanch a apox 1200 acres colony on Delhi border Kundli (Haryana) namely "TDI City" in 2005.
They showed rosy picture to devlop a World class City according thousands peoples booked Plots and flats. They were promised to hand over the possession of plots and flats with in 2 to 3 years.
TDI collected the crores of rupees from public.
In 2009 TDI raised demand of illegal enchanted EDC charges and collected the same.
Now in 2018 TDI raised the panelty for delay in construction @ 50/- per sq meter /per month.
And threatening the buyers if they will not pay this charges their plot will be canceled.
TDI also sold the plots and collected the mony on land which is not in their prasoon.
Moreover after 12-13 years the colony is not developed at all. No civic amenities are available.
This is cheating more then 1000 crores.
Many victims filed their complaints with EOW and a FIR no 36/2010 was lodged against TDI.
And case fir this FIR is going in the Court of CMM , Patiala House, Delhi.

Those victims are interested pl join
The Petition was also marked to: