Cheating by selling a defective / tampered mobile as a new one 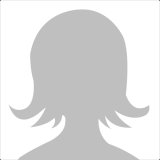 By Padmini Sriram
This is a clear case of cheating i.e., selling me a tampered / defective product as a new one by Reliance Digital (Reliance Retail Ltd) who is supposed to be a very trustworthy and renowned retailer. Last year Reliance Digital sold me a defective / tampered mobile, Poco F1 (manufactured by Xiaomi). This fact came to light when problems were noticed in the mobile after nearly ten months but during the warranty period. They, however, did not help when I approached them with the problems in the mobile. Instead, they shirked their responsibility by asking me to go to the authorised Service Center where the fault / fraud of the motherboard of the mobile being tampered with soldering marks was reported to me by the authorised Service Center executive. When I complained the matter to Reliance Digital they very diplomatically said that they would take it up with the manufacturer and get back. However, now they are coolly stating that the manufacturer is not accepting the claim under warranty as the motherboard is tampered! I have to state here that the mobile was in my possession since its purchase and has never been damaged or given to any unauthorised people for repair or service. Here I would like to state that I am working as a senior official in SBI and living a respectable and honest life. I would not stoop to such a low level of making false claims by telling lies. I am aghast to note that both the seller and the manufacturer are unfair in rejecting the warranty under fake grounds!
Connected ConsumersNov 07
2 Online Signature(s)
Viewed by 34