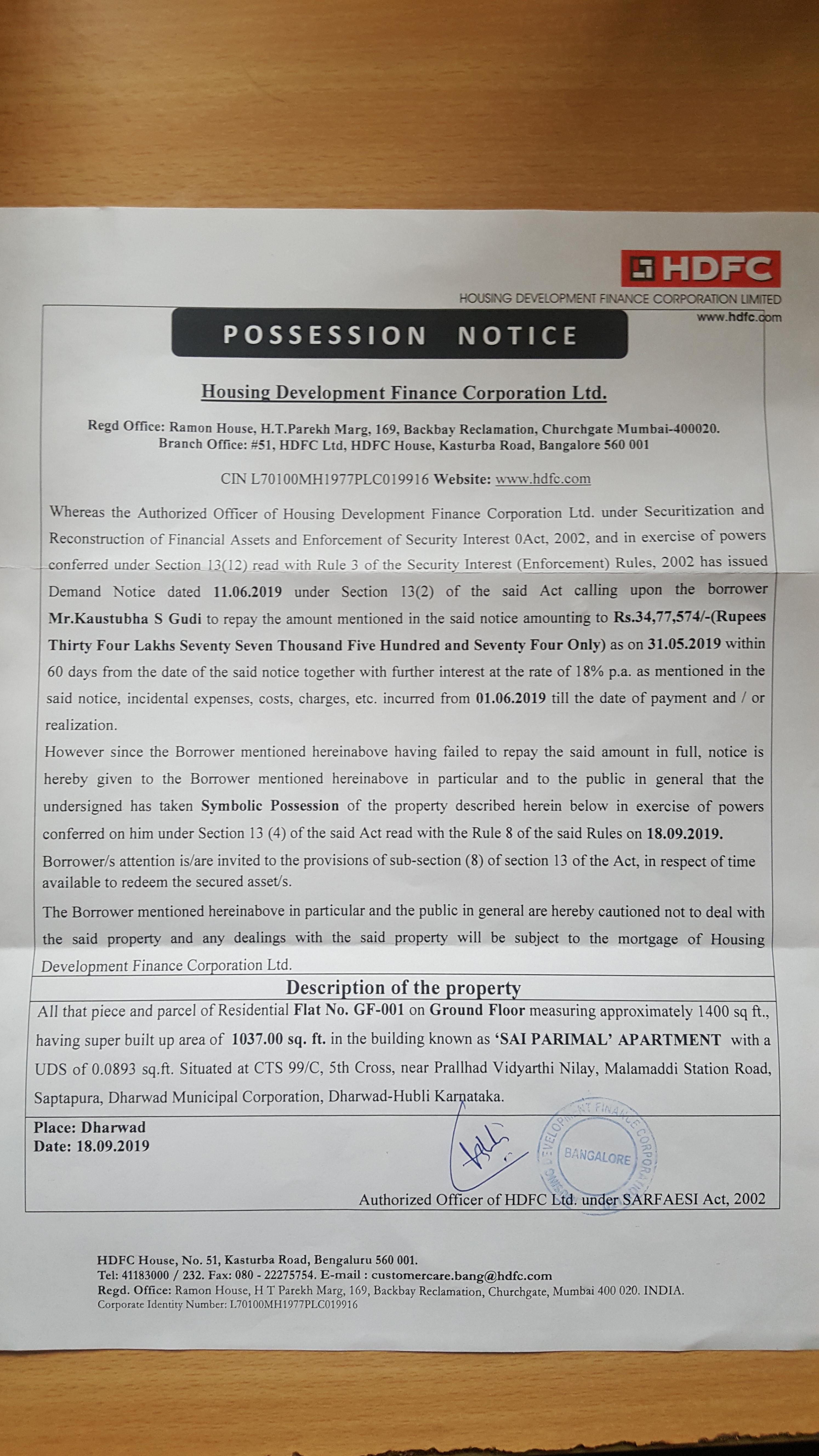 By Kaustubha Gudi (Software Architect)
Is RERA complaint sufficient to be filed for homebuyers who have taken a home loan if both builder and home loan provider are systematically running an organized fraud business or homebuyers still need to go to Consumer Courts and Debt Reovery Tribunal against home loan provider who will fully commit fraud? In my instant case I had entered into a sale agreement with a builder to buy a flat and had taken loan assistance from HDFC Limited :

1. Builder has not constructed as per sanctioned plan and subsequently completion certificate was not issued. Builder has not registered the project with RERA Karnataka either.
2. Builder and HDFC Limited has entered into a tripartite agreement with me and the agreement is ambiguous and home loan provider is showing leniency towards builder.
3. I filed a complain with RERA Karnataka with complaint number CMP/UR/190707/0003495 and it is still pending.
4. Meanwhile bank has taken possession of the flat under abusing powers given under SARFAESI Act.
5. The possession notice is itself questionable and challengeable because there is no conveyance deed, no sale deed and no Transfer of property in my name.
6. SARFAESI notice is issued in my name whereas builder is still the owner of the property.
7. Not just that for default made by builder I am being made to suffer and pay EMI.
8. I have not taken possession of the flat itself because no completion certificate has been issued by municipal authority.
9. I have seeken for entire refund from the builder along with interest and other damages.
10. I have written several times both through email and RPAD to HDFC Limited but they are not willing to ask for interest from builder or take action against the builder.
11. My CIBIL scores are tarnished for no fault of my own and only because I have stopped paying EMIs after realising that the property will not receive completion certificate due to deviation beyond permissible limits.
12. Builder in this dispute has also cheated customers using misleading advertisements that shows 1400 square. ft. as the SIZE of the property but in reality 1400 square. ft. is the super built up area and not carpet area and as per RERA rules it's mandatory for builder's to disclose carpet area and charge based on carpet area but in my case builder has charged for entire super built up area.

This kind of systematic organized fraud by both builder's and financial institutions must stop. I hope others who have faced a similar situation stand for this cause.

Kaustubha Gudi (Software Architect)
A copy of letter that I have received from builder that states people in Sai Parimala apartments are staying in the apartment since 20 months without "Completion Certificate" can be found here:

A copy of email that shows that I have objected to the POSSESSION Notice through email with HDFC Limited can be found here :

Project details for this dispute are :