To
Minister of Health and Family Welfare
appointments-hfm@gov.in

By FALGUNI BANERJEE
The photo of a same popular toothpaste with fluoride salt used in India and UK with different directions for use is attached. Note the Directions for use.
We start the day brushing our teeth using toothpaste containing Fluoride Salts for decades and unaware of how it affects the health of our children. Developed countries like UK, USA etc ban the use of toothpaste containing Fluoride Salts by children under the age of 7 years.
Fluorosis is a crippling disease resulted from deposition of fluorides in the hard and soft tissues of body. It is a public health problem caused by excess intake of fluoride through drinking water/food products/industrial pollutants over a long period. Ingestion of excess fluoride, most commonly in drinking-water affects the teeth and bones.

Fluorosis is worldwide in distribution and endemic at least in 25 countries. It has been reported from fluoride belts: one that stretches from Syria through Jordan, Egypt, Libya, Algeria, Sudan and Kenya, and another that stretches from Turkey through Iraq, Iran, Afghanistan, India, northern Thailand and China. There are similar belts in the Americas and Japan.

In India fluorosis is mainly due to excessive fluoride in water except in parts of Gujarat and Uttar Pradesh where industrial fluorosis is also seen. The desirable limit of fluoride as per Bureau of Indian Standards (BIS) is 1ppm (parts per million or 1 mg per litre).

The late stages of skeletal and dental fluorosis are permanent and irreversible in nature and are detrimental to the health of an individual and the community, which in turn has adverse effects on growth, development & economy of the country.

The Rajiv Gandhi National Drinking Water Mission started by Ministry of Rural Development worked for control of fluorosis through its awareness campaign from 1987- 1993, (coordinated by Fluorosis Control Cell at the All India Institute of Medical Sciences, Delhi) had a limited coverage.

In 2008-09, Ministry of Health and Family Welfare, Government of India launched a National Programme for Prevention and Control of Fluorosis (NPPCF) with the aim for prevention, diagnosis and management of fluorosis in endemic areas.

Why to add more poison through toothpaste for our beloved children?
The Petition was also marked to:

Mihir Mehta
When they came to India, when we were happy using neem twigs, they asked us to start using their tooth powder (Saying NO to salt & coal). Ofcourse, our health department thought they were right..! Now, They ask us "Kya aap ke toothpaste mein Namak Hein?" Again, our officials agree with them. So, let us not complain....Our officials approve these companies and their products and their marketing campaigns. Ever imagined, How much money these companies make from selling these NOT-So-IMPORTANT things to unsuspecting Indian people? more
Dec 12

Gopalakrishnan A S (Expert)
Don't buy toothpastes containing Florides. This will protect our health in banning our such purchases. more
Dec 11 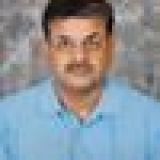 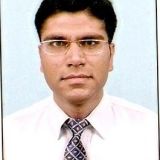 Pankaj Malhotra (Dental Surgeon)
Well there are Non flouridated toothpastes available for Kids of all major brands in market.
That's why it's necessary to get your teeth checked every 6 months. more
Dec 11

FALGUNI BANERJEE
Thanks Doctor Malhotra. When I saw doctors are prescribing certain brand and usually doctors do not prescribe Non flouridated toothpastes, I had to write the petition for public awareness. Thanks for support. more
Dec 16

Jyoti Dutta
Better to ban fluoride containing toothpastes. The least what could be done with immediate effect that a BOLD message "NOT SUITABLE FOR CHILDREN UNDER 7 YEARS AGE" should be mandatory on the package and tube. more
Dec 12