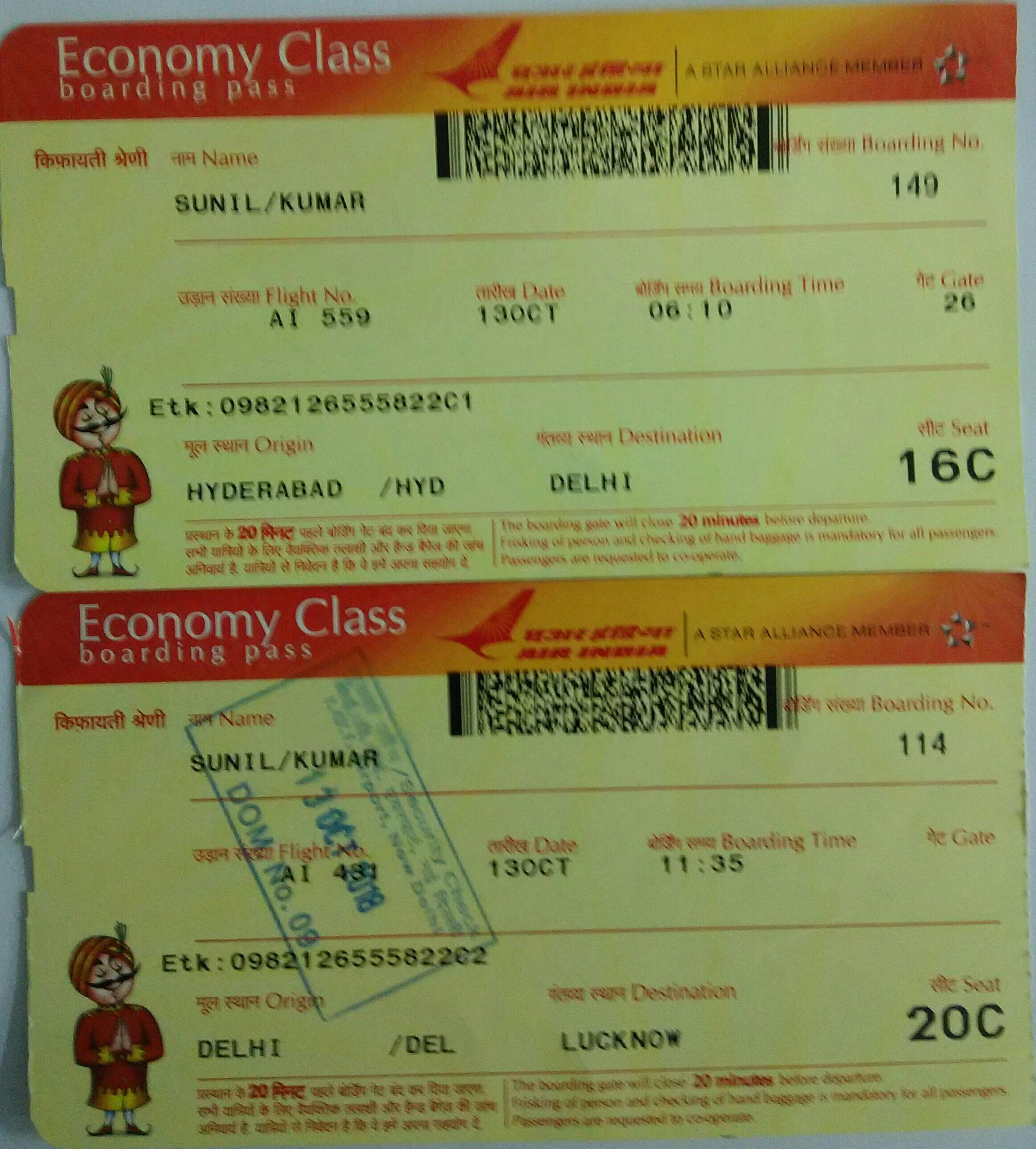 To
Chairman and Managing Director

By Sunil Kumar (Senior Technical officer)
I performed a journey by Air India from Hyderabad to Lucknow via N. Delhi on 13th October, 2018 with PNR No.Y3337 and Ticket no.0982126555822. After reaching Lucknow, we waited for our baggage till all the passenger left the belt after receiving their belongings. One gentleman came with trolley and asked us whether the baggage belongs to us. We received one of our baggage in a big polythene cover in fully open condition with zip and lock removed fully. It was a clear case of theft and it was done in hurry to steal valuable items. Certain items were in the hands of porter. We were in hurry as we were going to Kanpur. We checked our baggage and found that may be all the things are there. After reaching home and checking items kept in the baggage one by one, we found that some items are missing. Emails are given but no proper reply is given by the concerned staff. A claim was made for an amount of Rs.5000/- as baggage replacement and items stolen charges but the concerned officer is not willing to pay it. In fact the amount should be collected from the staff involved in this act. So that this incident should not happen in future. Air India staff is highly irresponsible and doesn't take for any responsibility for problem faced by passengers. Hence, I request the CMD to take strict action and get the compensation paid to me for the items stolen and baggage spoiled.
The Petition was also marked to: