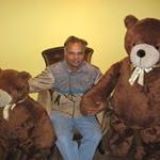 Dr. Murugesan R
Talk big in self promo ads. Their staff don't even understand the needs of customers, espcially that of elders!
Sep 17 Share By Email: Share 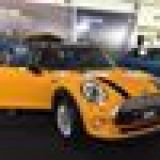 Manish Modi
Be Alert- Star Health - a cheap insurance company. Worst ever seen!!
I have taken a senior citizen red carpet insurance policy for my mother. She hospitalized in non network hospital at my native in Rajasthan so we had to claim all medical expenses. For the same I made a claim in September 2014 with submission of all required documents.

These documents were clearly checked by their employee Sachin at their Vashi branch in Navi Mumbai and acknowledged the same. Worst is, they had taken more than 20 days to confirm that they had received the claim at their claim help desk. Later on, I had received a notification that they required the same documents which I had already submitted. I had also given my consent to insurance company that they would contact to hospital if they require any additional document or have any query but insurance company was knowingly delay my claim and not providing any justification. Later on they rejected my claim on 09th December, 2014 citing that I hadn't submitted the required documents so they were not able to process my claim although I had confirmed on conference call with their grievance executive Megha Maharana and Vashi branch employee Sachin that they had received all the required documents.

I had escalated this issue to their nodal officer but didn't receive any answer till now. I had also escalated it to IRDA and BIMA Lokpal and awaiting their resolution. I believe it is really a cheap company, just collecting money for a cause but not supporting when we require at most. Please stop relay on this company and invest your hard earned money on genuine insurance company although you need to pay some extra premium.

Please take this complaint on higher priority and teach Star health a lesson to abide by rules which are drawn by insurance authority .
Jun 28 Share By Email: Share