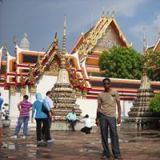 Ritesh Naidu
In State Government hospital's Dr. treat very bad at hospital but the same Dr. take it very good his own clinic... that is the region behind that most of middle class family avoid go Government Hospital... we should do something to provide good service to people...
Nov 15 Share By Email: Share

Ranjit Biswas
The State Government Has miserably failed in this field. Funds allocated are inadequate. Maintenance of the government hospitals is far from satisfactory. The OTs of the Raipur Medical College Hospital are closed down due bacteria surfaced therein. Family Planning operations are carried out in camps carelessly and several deaths occurred every year due to carelessness.
Several posts of doctors in various government hospitals in the state are lying vacant for years but the government has no concern.
Government hospitals always runs without medicines or with shortage of medicines. Life saving and high cost medicines are always out of stock. In fact, after receiving the medicines from the suppliers, major portion is sold to the local retailers and the money is pocketed by the concerned people.
Many rural area even do not have a Primary Health centre.
Many people lose their eyes on operated upon in eye camps due to lack of proper care & infection.
Oct 23 Share By Email: Share