Srila Ramanujam
AH.....AAAH THIS IS THE 'REAL GOLDEN' PORTFOLIO BTW......BIG MONEY TICKETS, WHATEVER ONE DOES, RIGHT OR WRONG HAS HUGE IMPACTS !
ALL THE MAFIA OF GLITCHES, CORRUPTION, ILLEGALITY

AND....THE LIST GOES ON AND ON!! AND EVERY F'G ILLEGAL / CORRUPT THING DONE ENSURES THAT INDIVIDUAL'S NEXT FIVE LIFETIMES FOR HIS AND HIS 10 OTHER EXTENDED FAMILIES BTW!!

THIS ONE NEEDS A BULLDOZER OF A MILITARY GRADE WEAPON IF TO BE CLEANED AT ALL!! IF IT AT ALL CAN BE CLEANED BTW!!!????
Jun 28 Share By Email: Share

JAYARAMAN SIVARAMAN
T Nagar - garbage collection leaves a lot to be desired. T Nagar is the mother of all encroachment. Though the Corporation states that foot-path is for pedestrians, in real terms, these are not available for the pedestrians, as these have been encroached/hijacked by the vendors/hawkers/commercial establishments. Ranganathan Street is one of the worst due to heavy encroachment. The inept Corporation is now planning to come up with a sky-walk at a cost of Rs.32 crores between Mambalam Railway Station and T Nagar Bus Stand as it is unable to clear the encroachment on Ranganathan. The storm water drains are constructed just for the heck of it, as most of them remain dysfunctional. In the dictionary of the Corporation, there is nothing like 'prevention is better than cure'. Result is that they panic all round chaos. Building violations are on the rise. Even when complaints are made, no official takes cognizance of the same. The Chennai Metropolitan Development Authority [CMDA] is only interested in providing planning permission. In the absence of any check by the CMDA, buildings are constructed in gross violations of the rules. Most of the buildings in T Nagar does not have fire fighting systems. Inspite of the very clear direction from the Court to the Department of Fire and Rescue Services to put up boards at such buildings which do not comply with the rules indicating that these buildings are not fire compliant, such boards have not been put up. Thus, court rules are not complied with by the agencies. At Ranganathan Street, mounds of garbage along with equally large quantity of plastic bags can be seen strewn all over. These can effectively block sewer lines.
The service roads on Usman Road flyover are fully encroached. Autos get parked blocking the traffic. Most of the Streets abutting Usman Road have auto-stands which not only deter passage of vehicles but a nuisance to the residents. The residents are worst hit because of the complete break down in the system.
Jun 12 Share By Email: Share

Ramabadran Seshadri
first of all put CCTV camera inside CMDA no mobile will be allowed inside CMDA. They have to perform duties as per law no bribes insist on rules and regulations compliance of building norms so that no violations will render episode like mougalivakkam
Jul 22 Share By Email: Share 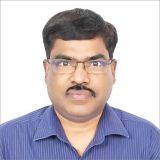 Vijayakumar D
Without bribe we cannot get any approvals for land/building. If we resist, Government officials drive us from pillar to post and finally we will not get our relevant approvals. Please remove brokers roaming around the government buildings and provide CC TV cameras to view transparency.
Feb 3 Share By Email: Share