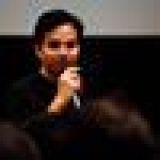 Shrikant Kekre
Traveled in 16345 LTT-Trivendrum Netravati Express from Thane to Allapuzha on 5th March 2016. This travel time is more than 28 hours, where the entire journey duration of the train is even longer.

1. Most sleeper coaches did not have electric power points for charging mobiles. While many of the long distance trains have them at the seats, if not near berths many have at least one power point at the door. This train did not have even charging points at the doors.

2. There is no provision of dustbin as well. For such long journey we did not want to throw the garbage in the train or out of the window on the tracks; So my family collected all the garbage periodically (If possible even from other compartments) and then threw them time to time at the dustbins at various stations. I must have thrown about 7-8 big size bin bagful of trash, which could have thrown in the compartment. I want to mention, that in the beginning of the journey when I asked for dustbin, the pantry staff suggested me to throw the garbage it out of the door from moving train.

3. There was no cleaning done of the compartment except for (I don't remember clearly which station, so I guess) at Kozikod station; there only toilets were washed, and water was re-filled in the tanks. That is after about 22-24 hours after the train started. Its a long journey, the train is normally delayed because of numerous stoppages for crossing. I think just the amount of empty plastic water bottles that I collected from just my bogie was close to 300. Many were thrown by people out of window.
Mar 7 Share By Email: Share