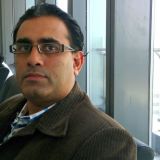 Let us take attention towards the rape cases filed in Delhi. As per the reports, more than 75% cases are being filed intentionally for blackmail, harassment, revenge, settle scores etc. by women. The data produced by media is cases filed per month/year, but not the genuine cases.
Now most of things included into rape section, even live-in, matrimonial relations also included in rape! If someone filed a rape case, we simply imagine that a person raped a female and run away.
Who will save a men? Women always speaks in favor of women only, and against men. Our men also tilted towards women, even not towards men. Then who will save a men? By reason, women are easily misusing their laws, which finally defame the image of men and the country internationally. 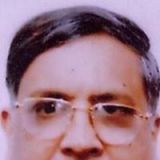 Arun Goyal (170c PKT I Mayur Vihar Ph I)
The law is very one sided. I know the case of a very senior citizen whose
neighbor broke the glass pane of his door. He called the police to arrest
the lady. In defence, the lady claimed that the old man molested her. The
poor man has to give a written apology. His wife was summoned to give him a
character certificate. He was let off only after a Rs 1000 'fine' top the
police constable.
So much for statistics of rape.
It is time women should be taught not to abuse laws for their defence. The
more the gap between normal relations between the sexes, the larger the
they number of rape, molestation and pornographic viewing on the net.
Judiciary and police should be judicious. They have a free hand hand but
use it freely only under pressure.
Jai ho. more
Mar 26
View 10 more comment(s)
Post a Comment