What price the companies, banks , insurance companies pay for malpractices to give raw deal to consumers?

There have been reports of unhealthy ingredients in food products, health drinks, soft drinks and a few products (selectively) have been banned.

Products like Pepsi was found to be most unhealthy but Pepsi continues to be market leader and sponsors many sports programmes, TV programmes etc.

Milk was found to be containing detergents but continues to be consumed.

Vegetables and fruits are treated with chemicals for healthy looks and artificial ripening. Even as these chemicals are health hazardous, consumption has not seen decline.

Except Maggi, other noodles are doing hectic business on account of ban on Maggi noodles. It is read in blog posts that the testing proceedure of samples being tried after one year of opening etc. leave one in apprehension on the very intent.

If such occurrences are growing despite intermittent public uproar and protests, what is the Food and Health control departments and the concerned licensing departments are doing?

Why should a license be given to a product which contains harmful ingredients (permissible limits is an escape route and should be totally eliminated)?

If one brand of a product is found or suspected to contain harmful ingredients, why other brands of similar products not undertaken?

For example cigarettes are promoted with depictions of harmful effects on health but tobacco growing or tobacco product manufacturing and selling are not totally banned. Its only the consumer who pays for everyone else's profits gets targeted and penalized too.

Similar is the case with alcohol, its the end user - consumer the king- who gets warnings and penalties for coughing up his money to the profits of the companies, the tax and other departments.

The adage "prevention is better than cure" appears to have been shoved under the rug to collect dust because taking stringent measures does not fit into good health of the officials of the concerned departments and the profit objectives of the companies.

WHO PAYS THE PRICE FOR THIS?

Consumer who pays to buy these products pays the heavy price of not only losing health, gaining social stigma, attracting penalties etc.

Dear Consumer, keep riding and enjoy the ride for the gain of others - its a yeoman service to the Nation. more
Helpful Connected Consumers Jun 15
Viewed by 1045
View all 28 comments Below 28 comments

Rakhi Chand
If a common men/women is unhappy with Service/Product/decision, they have to face a huge procedure without any or mere chance of victory.
On the contrary - If company is unhappy with a decision , have to please few corrupt people and their job done!!! more
Jun 21

A.V. A.V.Venkataraman
Even in US a product, medicine, drink, food are in course of time found to be harmful for consumption, or application are banned, only difference being action is very fast there and in India not only delayed action but Corrupt politicians put obstacles and needless to say corrupt court almost denies Justice by dragging case for 10 or more years. Foreign companies produce whatever banned in their countries and our corrupt govt drags its feet in taking action. One such item is Vicks which is banned all over the world but knowing fully well, our govt has taken no action. Similarly banned medicines are either exported to India or manufactured in India. Govt is busy with secular atmosphere and health has taken back seat.
The product quality or standard is very much compromised when produced in India on the pretext that they should be within the reach of common Indians. Politicians conveniently keep harping on "India is a poor country", basic reason being they intentionally maintain that status since if people are developed these corrupt politicians cannot come to power. India is " free for all" country, produce any substandard product, in any filthy sorrounding and if get caught like "Maggie " they know how to wriggle out of the mess in connaivance with corrupt govt and our judicial system.
Even when Modi govt is trying to tighten the laws, opposition and media are ganging up to oppose them, obviously with vested interests.
Unless people boycott those products this sorry state will continue. When Cococola and Pepsi were found to be harmful Govt should have closed down the company, but a famous cricketer posed for advertisement. more
Jun 20

S.G. HUNDEKAR (Professor)
Adulteration is the most common in India,which indicates we have no humanitarian considerations at all more
Jun 18

Amitava Sur
Most of the exposures on adulteration of food products, services, conflicts of interests are known to the people for several decades. Things which have changed recently are:
1) Use of the electronic media for the expression of the people to expose general and specific cases of wrong doings.
2) Government's encouragement to the people to expose.
3) Government's willingness to take information from the electronic media and initiate investigation and punitive action.

And, this step needs to be applauded by the people and encourage the government to take swift actions in the interest of the people of the country.
However, there are too many issues and too many instances of wrong doings.
Hence, in spite of taking swift actions in each case, it will take considerable time to realize visible improvement in the overall functioning of the nation.
All of us definitely must prod the government to be swift and decisive in each case, yet all of us must also have patience to see the results.
To summarize, it clearly means that what our sages have been professing is correct. We must inculcate moral and ethical values in every citizen. Greed of any kind shall always be shunned. While every one has equal right, let us all clearly understand, that rights always is for only those who behave and act responsibly.
If we wish to lift the status of our nation to one of the most developed nations of the globe, all of us behave, act, and deliver responsibly and also we must act against all the wrong doers decisively. more
Jun 17 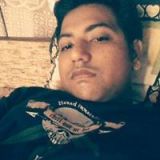 Sudipto Chakravorty (Student/Member)
this is great work done by govt of India. now people who were mixing urea in milk are caught. there are many more culprits yet to find. ... more
Jun 17
View 28 more comment(s)
Post a Comment