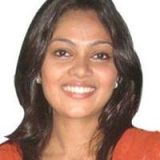 Here are the top 13 evidence-based health benefits of coffee, that have been confirmed in actual human studies.

2. Coffee Can Help You Burn Fat

4. There Are Essential Nutrients in Coffee
Coffee is more than just black water. Many of the nutrients in the coffee beans do make it into the final drink.

5. Coffee May Lower Your Risk of Type II Diabetes

6. Coffee May Protect You From Alzheimer’s Disease and Dementia

7. Caffeine May Lower The Risk of Parkinson’s
Parkinson’s disease is the second most common neurodegenerative disease, right after Alzheimer’s.

8. Coffee Appears to Have Protective Effects on The Liver

9. Coffee Can Fight Depression and Make You Happier

10. Coffee Drinkers Have a Lower Risk of Some Type of Cancer

11. Coffee Does Not Cause Heart Disease and May Lower The Risk of Stroke

12. Coffee May Help You Live Longer
and have a lower risk of premature death.

13. Coffee is The Biggest Source of Antioxidants in The Western Diet more
Helpful India Against Coronavirus Mar 22
Viewed by 148

Prithvi Nath Bhargava
What is the moderate dose of coffee? I like it but afraid to take more than a cup in a day to avoid its known ill effects. more
Mar 24 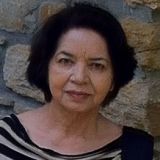 Raja Chandra
I really did not want to contradict Alka. She is right there are Coffee Benefits. But then we also cannot ignore the adverse effect. In moderation it is fine, but we have to guard the excessive use. In USA there are more Coffee Drinkers than Tea users.
The best we can do is to switch on to GREEN TEA. more
Mar 22

Raja Chandra
Alka pardon me for bringing out the Harmful effects of coffee also:

Research Showing Harmful Effects of Caffeine
1. More than 4 cups of coffee linked to early death. A Mayo Clinic partnered study found that men who drank more than four 8 fl.oz. cups of coffee had a 21% increase in all-cause mortality. However, those that reported that they consumed excessive amounts of caffeine were also likely to smoke and have poor fitness. Dr. Nancy Snyderman from NBC said there were a few discrepancies with the study, but stresses that moderation is still key. See Her Interview Here.
2. Caffeine consumption may raise blood pressure in those already suffering from hypertension. People with hypertension were given 250mg of caffeine (about 2 coffees) and the data revealed that their blood pressure was elevated for about 2-3 hours after the caffeine.
3. Caffeine linked to gout attacks. This study showed that people who binge on caffeinated beverages increase their risk for a gout flare-up.
4. Caffeine could cause incontinence. A study out of the University of Alabama showed that women who consume a lot of caffeine are 70% more likely to develop incontinence.
5. . Caffeine may cause insomnia. Caffeine in a personâs system at bedtime can mimic the symptoms of insomnia.
6.Caffeine can cause indigestion. People who consume caffeinated beverages often report an upset stomach or indigestion. This mainly occurs when the beverages are consumed on an empty stomach.
7.Caffeine can cause headaches. While occasional doses of caffeine can relieve headache symptoms, the overuse of caffeine can cause headaches and lead to migraines.
8. Caffeine could reduce fertility in women. A study from The University of Nevada School of Medicine showed that caffeine can reduce a womanâs chances of becoming pregnant by about 27%.
9. Caffeine may not be healthy for type 2 diabetics. A study conducted by the American Diabetes Association showed that caffeine impaired glucose metabolism in those with type 2 diabetes.
10. Caffeine Overdose. While overdose is rare, it can lead to many adverse symptoms including death, especially in those with underlying medical conditions. Some have a lower tolerance for caffeine than others.
11. Caffeine Allergies. Some people have over-sensitivity to the caffeine molecule, which causes allergic-like reactions in the body such as hives and pain. Although not a true allergy, many report very negative symptoms after consuming even the smallest amounts.
12. Caffeine causes more forceful heart contractions. A recent study showed that immediately after energy drink consumption the heart produced more forceful contractions. It is unclear if this has any long-term health implications except for those with known health conditions. more
Mar 22
Post a Comment