1. Walk Past the Salad Bar, Please: The toppings, fruits and vegetables like carrots, tofu and chickpeas could be heavily reused for days. At some places, toppings that aren’t used one day are stored in a refrigerator and just reused the next day. It’s common for restaurants to repurpose ingredients – but it’s not always done in the most creative way, and you really don’t want three-day old chickpeas on your plate.


2. Hot, Hot Fries: Normal fries at fast food restaurants get old real quick. If you want a batch of fresh, steaming hot fries, order them with no salt. The guy behind the counter will make a fresh batch and it’ll take him three extra minutes tops. Equally important: The servers know the no-salt trick. It’s actually better, according to them, to just say you want fresh fries because then they don’t have to be extra careful around the fry station and worry about not getting salt on them.


3. Clumsy, Ho: If you drop food at your table that’s not covered with linens, do not pick it up and eat it. Most restaurants use the same old rag to wipe tables, transferring all that filth and germs from table to table. Same goes for the tray; restaurant workers hardly have time to clean them – or they’re cleaned with that same old dirty cloth.


4. The Cold Truth: The ice machines at most restaurants are almost never cleaned. When they do clean it, after six months or even a year, there’s mold and black gooey stuff that comes out of the filters and ice holding bins. This comes from a guy who has worked in the restaurant industry for over 11 years and has seen this first hand. Same goes for the soda machines.

5. Word-Play: Usually, all those warm and toasty words on the menu are meaningless. The word ‘fresh’ is the worst offender – it could just mean ‘never frozen’ or something that’s recently been brought into the restaurant. Some restaurants say their sauces and dips are ‘house-made’ but they just add some ingredients to store-bought sauces and dressings. Mayonnaise is something that is used a lot, even in the nicer, more upscale restaurants. Honey, mustard, ketchup and other flavours are aggressively added to mayo to make many secret sauces. Other sauces heavily rely on butter.


This one’s more obvious but another word to steer clear of is ‘of the day’ and ‘specials’ – soup of the day and chef’s specials are usually made from yesterday’s leftovers and they’re highlighted or marked down until they run out of it. Watch out if the specials contain fish or is some kind of ‘gumbo’ – you know they’re trying to get rid of that stuff – fast.


6. What’s Good, My Man? When you seek help from your server while ordering food, keep in mind they aren’t allowed to say which menu items aren’t all that great. They’re trained by the corporates to say everything is good, hearty and dandy. If you do want their real opinion though, always ask “what’s your favourite”, never “what’s good?”


7. I Wouldn’t Touch That: That pineapple slice that comes with your cocktail? Don’t eat it. Most toppings that come with drinks are left on the bar minus refrigeration for the entire duration of a server’s shift, and they’re used in the next shift as well. Likewise, never touch the lemon at restaurants. They’re cut up right in the morning, left out in the open, handled by way too many people and they’re never washed. They’re the most unsanitary item you can find at a restaurant.


8. Oh No He Didn’t: Got into an argument with your server and worried he might mess with your food? Relax. Nobody really ever messes with your food. The chefs have a real love for their craft and for what they do. At most, the servers will make fun of you with their friends back in the kitchen, have a chuckle and maybe over roast your veggies, but nothing gross happens behind the kitchen doors in that aspect.


9. The Sweet, Sweet Stuff: A lot of sugar can be used in dishes you had no idea could use sugar. It makes the food look shiny and keeps you hooked. It can be used in the pizza dough - or in a pasta to cut the bitterness of tomatoes. Vegetables can also be prepared in a ‘glaze’ that’s full of sugar and butter.


10. Pass on the Buffet: Most buffets are a breeding ground for bacteria for the simple reason that all that food sits at uneven and inconsistent temperature. A buffet is always almost full of leftover ingredients, food made from starch or food that’s heavy in fat. more
Helpful Unite to fight Coronavirus Jul 20
Viewed by 1017
View all 12 comments Below 12 comments 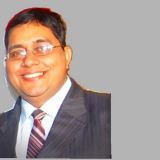 VIMAL KUMAR SAXENA
Furthermore, kitchen of most of the restaurants are unhygienic. They should be allowed for customers for visit before placing the order. more
Jul 22

Narayana Balachandran (Retired civil servant)
Despite all this, there will be no dearth of consumers/foodies!! New eating places, online suppliers, seem to be cropping up a dime a dozen in GGN - i have been here now for 6 years. more
Jul 21

YOGENDER SHARMA
Great Information. We all love to eat outside ! Our Dadi Maa was very particular about hygienic precautions, while cooking. Who said Home Food is the BEST WHOLESOME FOOD. more
Jul 21

Ajit Ahuja
I have noticed the following practices at some of the leading fast food joints :

1) Serving Ice Cream in Cone : They pick up the cone with bare hands, fill in the ice cream & hand it over to the customer.. They are supposed to wear gloves before touching the cones.

2) People behind the counter, keep talking amongst themselves while they put together your favorite food items. In some of the best eating places around the world , staff put on face masks to avoid even breathing on to the food being served.

The Least they can do here is to keep their mouth shut while at work !! more
Jul 21
View 12 more comment(s)
Post a Comment