THE HIPPOCRATIC OATH & ADHERENCE TO IT BY CONCERNED :

Many of us witnessing the goings on in the Medical Practise in out country , THE MEDICAL COUNCIL OF INDIA should step in and make this OATH meaningful.

The practice of Individual oath taking is gone afes back . Even my friend who took the degree don't remember about having taken the OATH . The practice is to take the oath after one official reads through the 15 items in the OATH.

Studennt memorize many passages to get marks in the exams . Ini i a God fearing country where devotion to deities God are followed meticulously . There also we have larnt (atleast motivated by parents ) the prayers by heart . This should be known byheart to every medical Practione

A 5 mark question should be mandatorily included in the first year & final year of the M.B.B.S course .So that the meaning will be etched deeply at least in a percentage of MBBS degree taking Doctors . Thi may also have a positive effect on the "BLACK SHEEP" .

THIS MAY BE TAKEN AS AN APPEAL TO ALL THE QUALIFIED DOCTORS IN ALL THE LEGISLATIVE ASSEMBLIES AND PARLIAMENTS IN INDIA . more
The_Hippocratic_Oath_Updated.docx
Helpful Connected Consumers Sep 04
Viewed by 2378
View all 26 comments Below 26 comments

Jayakumar Daniel ( Tour advisor for tourists from U.S.A and Europe .QualifiedYoga instructor )
Yes Anthony , as you said we have lost the art of holding the real Culprits for some reason .

At different stages of their development , Children have role models . Of course you are right Anthony that play a strong role in this . It is still the chidren reach Adolescence Thats the transient stage when they form their own ideas . Then the role models normally shifts to Teacher (if there are any worthwhile ) , then sportspersons if iterested in spots like wise in evey field .

There should be support from the parents towards this with some reviews and srutinies by parents. But right till after 5years of their Marriage there should be some sort of observation without interfearing . more
Sep 06 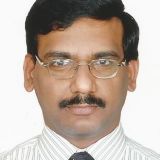 Anthony Dmello
Almost everyone else, lawyers, police, politicians, and others are bound by various laws and ethics of working but we don't hold it against them? more
Sep 06

H.P. Gurg
This oath taking has become a mockery.Whether it is Medical profession or Courts.Even in courts a person takes oath and then tell lies.Is their any extra punishment in such cases?Even our political system is bound under oath,but are they adhering to it?Basically we have lost Moral values and are deteriorating day by day. more
Sep 06

Vadakkuppattu Ramanathan
Lure of money is the basic cause of unethical practices. When I completed my basic MBBS degree in 1972, we never went through the oath taking practice. When I subsequently worked in the National Health Service of the United Kingdom, many English doctors bemoaned the lack of private practice opportunities to make money (though the NHS used to pay them well) as it happens in India. So, it is not particular to Indians but seems to be the universal human tendency.
Doctors are NOT supposed to take fees from fellow doctors or their families. Even a few weeks ago, when I went to see another doctor, I was charged Rs 500!
Ultimately, when I see unethical behaviour in every spehere of life, I feel the major blame has to be laid at the door of competitive living (keeping up with the joneses) that our educational system has inculcated. Unfortunately, this unethicality seems to have seeped into our religious lives (of whatever background) also.
We used to be taught moral science and hygiene as two separate subjects when I was in the Preparatory (1st to 5th standards) school. Now all that is gone.
If we are to change anything, we need to catch the citizens at the level of the primary school. No other option. more
Sep 05

Anthony Dmello
Sir, I believe more than teachers, it is the responsibility of every parent to do so. Children learn from their parents throughout life and if they are not learning the right things at home they will never learn from outside. more
Sep 06

Jayakumar Daniel ( Tour advisor for tourists from U.S.A and Europe .QualifiedYoga instructor )
To catch the people at Preparatory level only teachers have to be trained

first . Those who know the value are young as you & are . It will be dfficult

to inlfuence the ruling class as their mind will be set in other expenses . more
Sep 05

Stephen R N (Freelance Educational Consultant/Member: Management Teacher's Consortium)
We all saw how in neighboring Uttar Pradesh nearly thousand children/kids died and that too after the CM's visit. The inquiry made a scapegoat of a honest Doctor for whom even the patients attendants vouched that he tried his best and was always available unlike other Doctors. Ministers are species who cannot smell anything happening under their nose but can only hear...the jingle of money and understand only language of money....to the extent that the Oxygen supplier was not paid and he had to cut off supplies...but such small things don't hurt the conscience of our Ministers....they shamelessly roam around to other States to showcase how brilliant an administrator they are. Same goes for Doctors too....they may have hollow subject knowledge but they will bull-shit you with medical jargon and corner you that it is all your fault and they are charging only fees and not penalty. more
Sep 05
View 26 more comment(s)
Post a Comment