What is the best solution for getting rid of stray dogs in the colony. Not sure who takes care of them!! more
Helpful AYUSH - Ayurveda, Yoga, Homeopathy and More Jan 10
Viewed by 66
View all 16 comments Below 16 comments 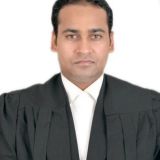 Ramesh Suri (NA)
Satya pal jer it is a good idea. Take gopendra jee's help and file the complaints. It would be a good start. Mr Gopendra please send Satya pal Jee your mobile so he can contact you. more
Jan 23

Gopendra Gupta
sir you can file police complaint against the owner and he will be fully
liable for his dog. further he will be liable for mistreating the animals
also as you said that he keep them in cages. both the complaints will be
registered with the police and may be clubbed in one FIR. I am very sad
that such insane people bring bad reputation to the animals who are not
that much violent otherwise. its further very inhumane to keep them in
cages . . its very sad. please do file complaint against him and i will try
to help if possible. more
Jan 23

Ramesh Suri (NA)
I would like to take the gentleman NRI to court on this. And also if the dog is a stray dog we should take the MCD to court. Legal activism in the west is the one which brings discipline in the govt officers and ensures the rights and duties of the public. We should also have the legal firms pick up such cases without charges except for a share of the compensation they ensure. It would ensure such cases as those of Satya's wife donot go in fought. But how to move in that direction? Are there any retired advocates ready to form a firm and follow it up? more
Jan 23

Satya Pal Ratti
I read Ramesh Surisaab's comment about the SC having passed ordnance that no stray dog would be caught or captured by the MCD. He has not mentioned the factors that led to that decision. Was the SC pressurised to do that....say, by some political entity.....like it happens so often in this country?

We live in Block A-2 in SJ Enclave. My wife and I (both senior citizens) used to take our evening walk in a park across the road......since December of 2002. Ten years passed peacefully. One day, it so happened that only my wife went for a walk, around midday. God only knows, out of nowhere came a dog suddenly barking at her from behind and bit her in the left leg. She was naturally shocked and reacted in a way anyone would react in such a situation. She took off her overcoat (it was winter season) and waived at the dog to defend herself. The dog was furious and showed all his dentures, communicating to my wife that she was an enemy and he was going to devour her.

But then out of nowhere came a gentleman who spoke some words to the dog and the animal backed off from attacking my wife. The man put leash on the dog and, after a thousand apologies, took the animal back into his house.

Since I myself was not around, my wife ran home, and her sister rushed her to the Ashlok hospital for get anti-rabic injections.

My investigations led to the following:

1. The dog owner, who is a retired NRI and who lived most of his life abroad, found this particular dog as victim of a street accident, took him into his custody and care.

2. He told me that the dog was inoculated at regular intervals, but on my asking, never produced any certificate to that effect.

3. We reported the matter to the RWA on that block. The gentleman promised to speak with the owner and revert; he never did.

4. Our own inquiries led to information that the owner of that dog also had some cats also, and that he kept all the animals in cages and never let them out. It's well known that a dog, if not let out to run around, would get mad. Now, how that dog escaped from his prison on that particular day to bite my wife on her leg is a mystery "that will perhaps remain unsolved for ever".

5. Whether that dog was regularly inoculated, we would never know because the owner avoided showing us the medical certs. However, we learnt from the children of the neighbourhood, who had witnessed my wife being bitten by the dog, that the dog had rabies and he was being inoculated against it.

6. The fact is that my wife, apart from having received the necessary dosage of anti-rabic injections in the Ashlok hospital, was also submitted "under emergency" to Sir Gangaram Hospital for "short time loss of memory". Thanks to Dr Anand's immediate help and treatment could my wife retrieve her memory and lead a normal life. But she is yet under regular medical treatment.

Neither the doctor nor I can confirm with certainty, that the "loss of short time memory" in my wife was a direct result of that dog-bite. But the symptoms and the time-table do point towards that.