NAA sent a notice to the firm on December 18 for allegedly not passing on benefits received from the reduced rate of taxation under the goods and services tax (GST) after our complaints.

Per NAA and DGAP, they did not pass on benefits worth Rs 150 crore, spanning over 100 SKUs (shelf-keeping units) when gst rate was reduced to 18 per cent, from 28 per cent effective from November 15, 2017.

Instead of submitting details of why they have not profiteered, Ramdev Baba and company are calling the move “grossly erroneous” and saying Patanjali will challenge in court.

This is probably why Ramdev's attitude against Modi ji is changing. He thought Patanjali would be allowed to profiteer. No so babaji, more
Helpful Anti-Profiteering Jan 16
Viewed by 2933
View all 36 comments Below 36 comments 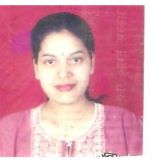 Vijaya Shanbhag
I understand RAMDEV BABA people are troubling the consumers ---even the karyakartas of PATANJALI-- STORES do same with me inspite of me doing lot of works for them FREE of COST and with dedication since many many years---- I being CHEMICAL TECHNOLOGIST - I assure you that PATANJALI products are much higher in quality compared to HINDUSTAN UNILEVER LTD -- a foreign brand and company -- These foreigners are very cunningly marketing their products in HINDUSTAN as we INDIANS get easily fooled and cheated seeing some sexy nude ads on television of their products which are only artifical and eye glazing and DIRTY...... JAY SHREE RAM JAI HIND more
Feb 01

Ranjit Biswas
Ramdeo is not at all a Baba. In this country a Saint in real sense is called 'Baba' out of respect and a Baba will never involve in any activity to earn profit. In fact Ramdeo is a fraud, who even adulterates food products being manufactured under the banner of his company 'Patanjali'. Only last year more than 70 of Patanjali products were found substandard.

As suspected, looking to the popularity of Maggi Nood Ramdeo's brain was behind the banning couple of years back on the charge of finding excessive leads therein so that Patanjali could start producing the same and capture the market. Accordingly, immediately after the ban, Patanjali flashed the market with its similar products, which utterly failed to gain popularity.

Since the government had become cautious about this fraudster and distanced itself from him, this man has started to indirectly speak against it and its policies. The government must be cautious about him and should initiate immediate action against him if found guilty of tax evasion, profiteering, producing & marketing of sub-standard items and/or found engaged in any other kind of unlawful activities. more
Jan 25

G. C. Mathur
The issue raised by Mr. Anil Mehta here is very relevant and pertains to consumers, whether it is a shame for Patanjali or not is an individuals' perception and I would not like to comment on this. I am a consumer activist and would like to speak on consumer issues only.
The issue relates to denying of the benefit of reduction in the taxes on sales i.e. GST / CGST, under specific rules, to be effective from the given date, which is not a part of the income but concealing of the tax revenue from the government meant for refund to consumers - identifiable or un-identifiable. As informed by Mr. Mehta, the GST/CGST rates were reduced w.e.f. November 15, 2017, from 28% to 18%. I do not know the terms of the Notification on the issue, but it is expected to have given sufficient time to the trade to get updated with the procedure.
To quote Mr. Anil Mehta, “Per NAA and DGAP, they did not pass on benefits worth Rs 150 crore, spanning over 100 SKUs (shelf-keeping units) when gst rate was reduced to 18 per cent, from 28 per cent effective from November 15, 2017.” As I understand, this is not the case of “diversion” of the state revenue which as a matter of fact was to have been returned or refunded to consumers from whom the said amount of Rs.150 crores was got collected due to some confusion at the end of Patanjali group of companies. Reasons are best known to Patanjali, and I am not bothered about the same at this point of time. But, one thing is clear; this amount does not attract the provisions of National Anti-profit Authority of India – because it is not part of the margins between purchase and sales price of the company, but forms part of the actual taxes collected from consumers that were/are not due. Hence, the over charged GST/CGST has got to be returned to consumers – if identifiable, then direct to the known consumers; and if un-identifiable, then to the Consumer Welfare Fund under the Consumer Protection Act, 1986, with the knowledge of consumers’ representatives in the Consumer Protection Councils under the said Act. MIND IT; THIS IS THE PERSONAL MONEY OF CONSUMERS AND NOT THE PUBLIC MONEY.

Because GST/CGST is a composition of all forms of duties, levies, octroi, sales tax, etc., hence, the authorities have under the GST Act provided a mechanism for arriving at a “commensurate benefit “ figure for refund to consumers, that will go to CWF. Now, what exactly is the mechanism of calculating the amount commensurate with the money the consumer has contributed to the GST/CGST rate is not within my comprehension and, am, thus silent on the issue.

What I would like to state one thing very loudly is the call often given by Shri Ramdev to shun foreign companies and patronize the Indian companies; it is absurd in today’s time. We are awakened consumers and would like to buy products that are economically and quality-wise viable for us. I as a consumer would not like to buy product with a brand name “Patanjali” as I may not find them of the quality standards and price competitive comparable to other products in the market. Any Indian manufacturer has got to be producer of good quality standards and competitive price, to which he is hardly willing.

I may mention for information of the likes of Shri Ramdev ji that Hindustan Uniliver has been among a few of the companies in existence before partition in 1947. Otherwise, there was no industry in India as then capitalists had point blank refused to set up units in backward regions. If we go by the call given by Shri Ramdev to shun companies like HUL so that they leave India, he is not appreciating the number of unemployed in the country would be. Please remember that we could open up our economy only after we had reached certain level of capacity to produce, market, and sustain ourselves. All our political leaders from 1947 onwards have contributed well to the building up of economic standards that are there, with a few short falls or shortcomings here and there not to be mentioned.

If any one of the friends here in the Local Circle, including Mr. Anil Mehta, comes to know of the filing of a case in challenge to the NAA please do let me know as I may file a caveat to get impleaded in the matter . more
Jan 22

David James
I refer to Narayan's post on this and I beg to differ.

The issue is about not passing rate differences to Customers. It is not about the number of products a Supplier has nor of quality nor of advertisements. We are digressing! more
Jan 21

David James
It is unlikely any registered GST organisation can refuse to respond to notices from NAA on the pretext of threats like challenging in court. An appeal can be made only against a verdict. As NAA is the first authority to handle anit-profiteering, timely responses will have to be provided for. more
Jan 21
View 36 more comment(s)
Post a Comment