In mid 1960’s India was getting aware of the rising incidence of Diabetes. We remember the doctors in the south of India , discouraged the consumption of white rice and to replace with wheat based products citing the Glycemic Index factor.
The whole promotion of the concept to Replacing / substituting for white rice to whole wheat products like phulka, Chapathi came to being as there was also shortage of Rice in the south . U.S.A. sent ship loads of wheat under PL 480 .
The “Green Revolution” the result of irrigation water from NEW Bakra Nangal Dam completion (1963) & the combined efforts of the Agricultural Scientist M.S. Swaminathan & Agri Minister C. Subramanian . The rich dividends came in the form of surplus wheat production in the northern part of India. Just then the doctors were also getting aware and alarmed of the incidence of Diabetes in India . So they had to recommend food with low carbohydrates content and Glycemic Index . White rice (mill polished rice ) and Maida was no - no for the Diabetic Patients .
Apparently 2 Problems were solved ,
* consumption pattern of Staple food in south changed partially . There was wide spread propaganda that rice produces Diabetes in the long run. So Rice in the afternoon and Wheat in the night habit prevailed . It gained more popularity in Kerala as they had very little rice cultivation .
* utility for Surplus wheat produced in India .
Glycemic Index [G.I.]of Grains.
Brown Rice : 68
WHITE RICE : 73
Whole wheat : 62
MAIDA : 89
Besan /
Chick pea : 52
The millets shown in the attachment were literally not known to the rich and the middle class as it was consumed mainly by the farm workers and the poor . Millets were cheap then. Actually Millets have much lower G.I. than the Whole wheat (from 41 - 62). more 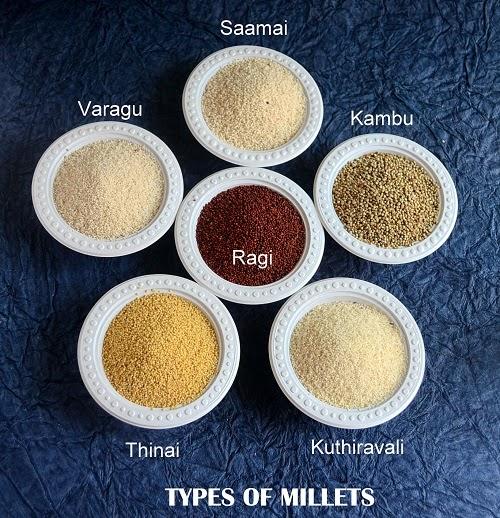 Jayakumar Daniel
Good Stephen , you brought to the notice of consumers . more
Jul 30

Jayakumar Daniel
Diabetes itself is a tricky subject , yet manageable provided people are aware of their own constitution , Diet , exercise etc. like some .

Insulin resistance as in Type 2 , Insulin is produced by Pancreas , but not used effectively . The controllable factor is exercise .Take 10,000 steps a day (including the steps that one take in the house , going shopping and , park walking ), about 5 KM .

If that is not effective , More insulin is produced when body is unable to effectively use glucose ; this make glucose accumulate in the bloodstream. Also the extra insulin secreted by Pancreas . So doctors prescribe medicines that help body use insulin effectively .

The causes for diabetes id Genetic, Obesity and lack of exercise . more
Jul 30

Satya Pal Ratti
Such statements can be valuable and of use only if they are based on studies w.r.t. a certain region, race or community. Because human metabolism plays a big role in deciding which food is good or not-good. That's where the role of a dietician today becomes important. Random studies do not and should not be given a global rating.... more
Jul 29

Kaushikk D. Vyas
It is always advisable to eat grains, rice, vegetables n pulses as per the season it's all grown in particular region. Always avoid rating non season food it's or vegetables etc; there is a systematic well detailed guidelines already available n prescribed in the Ayurveda n it's practitioners.

Just for example don't eat raddish that is MULI in Summer or don't eat it in the evenings or night. more
Jul 29 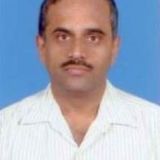 Sankaran Manipuzha
The original post of Jayakumar Daniel sir and those of other supporting it with explanations and more informations are most welcome.... Let such discussions go on... Best Wishes... more
Jul 29

Raj Arora
If you have diabetic tendencies eat early like 7.00pm as digestion slows down at night and sugar levels are high if food is taken late at night. more
Jul 29
View 16 more comment(s)
Post a Comment