We have received many posts from you on banking grievances in the last 6 months.

So we can consolidate inputs in a structured format, kindly rate your bank(s) using the link below

We will combine the ratings with the whitepaper on the subject and present to the key stakeholders and regulators so actions can be taken to improve citizen/business banking experience and minimize grievances. more
Helpful Connected Consumers Oct 29
Viewed by 2086
View all 17 comments Below 17 comments 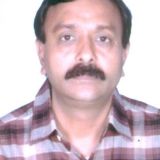 YASHWANI SETHI
My experience with IDBI at Haridwar is that it is a good
But when they opened account about 8 years back .there were no charges for account holders for Draft.collection charges and so many.Now they are charging all .It is not good that u have changed rules as per your choice.My requirement is that it should Not be for old acc holders.You do with new one as they like
Yssethi more
Nov 03

Dipti Jain
My experience with BOI Khadki,Pune is okay like. Any complaints not taken care of. ZO Pune gives standard answers like not our mistake, doing enquiry etc etc. Go shout at the branch and then you are respected. The tendency all over in all sectors whether banks or shops is same. My car for free service, I was told pick up will be done.On second service refused saying we have stopped, and give pickup service within 5kms only. I asked them to buy a bungalow within their vicinity, also asked why while selling you offered the service, third n most important is why did u sell the car when i was not in 5km range of them. The car was picked and dropped. So this is the tendency towards consumers.... more
Nov 01

Partho Chatterjee (HR Professional)
The staffs in some of the nationalized banks branches are not customer oriented. We should have a rating of banks branch wise. more
Nov 01 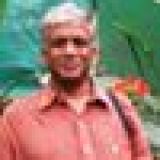