When bank loans are applied, the sanction is subject to taking Insurance policies with them for hefty premiums. Naturally genuine business people are affected. All these investments are passed on to ultimate customers. more
Helpful Connected Consumers Aug 04
Viewed by 129

BIDYUT KUMAR BHUYAN (I AM SERVING AS SR VICE PRESIDENT IN WEST COAST PAPER MILLS, KARNATAKA.I)
Same has happened with me while taking home loan from a public sector bank. more
Aug 04

VVS Ramakrishna (Senior Citizen)
In actual practice, most private banks have this practice of routiney insuring any or all loan products; whether personal, auto, mortgage loan etc. In such cases, the borrower is not asked pay the premium and the borrower is not even informed of the same.

Also, the bank gets re-finance from RBI at measely interest adn for amount lent to a borrower which is not disclosed to any borrower.

When the borrower becomes NPA, the bank recovers the amount outstanding both from the defaulted borrower and from the insurance.

Also, the premium charged by the insurance company under this 'group insurance' is almost nothing compared to what any induvidual insured pays on his / her own for the same policy.

Thes banks and insurance companies work in tandem for their own beneficial interests and as a residual benefit, pass on pittance to the customer. Ofcourse, as one of the members pointed out, the premiums of these insurance companies, backed by their bank, is generally much higher than can be sourced in the market.

They don't even flinch an eye lid to create fake documents, doctor such document to their advantage, fabricate what favors them, forge signatures and are not scared to even tamper with such evidence of forgery to destroy the evidence.

Poloce and Consumer courts are more friendly with such operators or banks or insurance companies and would even discourage a complainant from taking any further steps.

Its only the Govt. which can change this scenario by enforcing stringent deterrent and punitive measures promptly to ensure that such occurences are not repeated. more
Aug 04 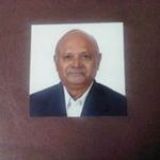 Rameshchandra Dahyalal JANI
This just like gas agency, they are at the time of getting new gas connection,agency owner is asking to purchase gas stove from him only.This is just get loan but purchase insurance policy from them.Later on,the gas agency were compelled to cancel this instruction and customer was at liberty to purchase gas stove at his discretion. more
Aug 04

GEDELA KRISHNAMURTY NAIDU (Specialist in Construction Management of Power Plants /tHERMAL/Gas/Solar)
RBI/fINANCE Dept has to look into this aspect and genuine businee people have to be protected/safe gaurded with reasonale and minimum charges towards insurance policies
G.K.Naidu, Hyderabad more
Aug 04
Post a Comment