The main basic cause of it the change in the metabolic activity greatly influenced by the FOOD HABIT, LIFE STYLE and some other factors affecting the good cells by bad PROTEIN.

Such Protein is produced in the body and it lives like Parasites and spreads in the body over good cells, Which doesn't allow those/glands/ cells to function and ultimately those dead cells forms lumps or the blisters. This must be known to all first.

How to break that activity one has to change the food habits and exposing one self to CARCINOGENIC COMPOUNDS.CHEMICALS , smoking over drinking etc;

Chemotherapy is god but kills other good cells and as a result has many side effects, the first visible is loss of hairs..........

but no option. Only and only way to prevent cancer, one must read and follow GITA - THE SHLOKA SAYS" YUKTA AHAHAR VIHARSYA, YUKTA CHETASYA KARMANA......."

THE FOOD , ONE'S BEHAVIOUR MOVEMENT S IN THE SOCIETY LIKE THE WORK PLACE, THE ATMOSPHERE, ETC EFFETS OURT MIND, BODY AND ACCORDINGLY ONE BEHAVES AND FUNCTIONS.

-One may say Iam eating onion and milk sinceONE'S childhood. The carcinogen effects need not be produced uniformly in one and all till one's body has lot of resistance power and immunity, but all must have seen those who smoke like a chain smoker has smoker's cough and also losing his/her lung capacity in the long run or immediately.
Those who chew PAAN MASALA, TOBACCO, WITH KATTHA AND CHUNA CANNOT OPEN THEIR MOUTH WIDE OR CANNOT TAKE OUT THEIR TOUNG AND ULTIMATELY FALL PRAY TO THAT DEADLY CONDITIONS,(FIBROSIS) Those who get oral cancer and after operation remove that bad portion of the chick or jaw and some times that cancerous cells slips into the stomach and after few months again same problem now the cancer cells have affected, stomach, intestine, liver etc;
and ultimately the person dies.

LIKE THIS ONE MUST CULTIVATE THE HABIT OF LISTENING/FEELING HIS OR HER BODIES RELFEXIS, THE VOICE OF THEIR ORGANS .

This are some simple tips for cancer awareness."Prevention is Better than CURE " WE ALL KNOW THAT. more
Jul 15 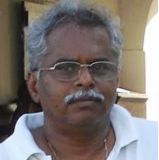 Jayaraman Raju
I am a layman with little knowledge about the intricacies of the diseases or the jargon of the medical world, but from a reading of the posts of my friends, I get an alarming feeling about the risks the lady of the house has to undergo, which she has no control over; Is it true that she has no means to protect herself against such serious ailment, such as ovarian cancer, etc? Is there a health plan which can be followed by every woman (supported by their menfolk), so as to pre-empt occurrences of such ailments? probably a detailed advise would go a long way to help our ladies to protect themselves from becoming a victim to these diseases. more
Jul 14

Raja Chandra (82-1/2 Years Young. Will share all my Experiences.)
Subhash Kohli.
Thanks for your guidance. It is very helpful.
Regards. more
Jul 01

Raja Chandra (82-1/2 Years Young. Will share all my Experiences.)
Satish Madan.
Thanks for your input. It was very useful.
Regards. more
Jul 01

Sub Hash Kohli (retired consultant gynaecologist from UK)
. The 2 tests used most often to screen for ovarian cancer are transvaginal ultrasound (TVUS) and the CA-125 blood test.
The problem is women need yearly smear test as well as TVUS tests.Very few go for this.This culture has to change Once found, Early surgery with Chemo ,once one has Histology of the type of Cancer. I know of 2 friends who survived more than 6 yrs. more
Jul 01
View 6 more comment(s)
Post a Comment