Wait didnt the citizens say that in the circle poll? Where is the link to your survey LocalCircles Manager? Last 2 days odd even was there, zero impact pollution worsened.

The Supreme Court today took on record that the implementation of the Odd-Even scheme has not contributed to reducing the pollution levels in Delhi NCR.

This observation was recorded by the Court despite the Delhi government submitting that pollution levels in the capital reduced by over 5-7% after the implementation of the Odd-Even scheme.
The Court also noted that the governments of Delhi, Haryana, and Punjab have failed to take necessary steps to curb pollution levels, owing to which it has yet again the sought personal presence of the Chief Secretaries of these States on November 29.

The Court was also informed that the cut-off date from when the air quality in Delhi started moving from moderate to poor, severe, and further downhill is October 10.
Justice Arun Mishra, who is on the Bench alongside Justice Deepak Gupta, said that this is not an adversarial litigation, but a matter that concerns everyone.

"The pollution is not going, the AQI is nearly 600 today. How do people breathe?"

The Court posed the question of what the Odd-Even scheme was achieving, to which Senior Counsel Mukul Rohatgi responded that the effect of the scheme on pollution reduction is subdued on account of other polluting factors still at play.

Rohatgi told the Court that the Odd-Even scheme would have worked better if there were no relaxations under the scheme. Rohatgi said that the scheme has contributed to the tune of 5% in reduction and majority of the pollution itself is contributed by activities such as stubble burning.

He wanton to ask,

The Central Pollution Control Board (CPCB) presented figures before the Court that suggest that cars contribute to only 3% of the pollution and major factors in Delhi are garbage disposal, dust, and construction activities. To this, Justice Deepak Gupta remarked,

"We can control pollution, but we can't control the nature."

The Supreme Court recently began hearing a matter relating to the effectiveness of the Odd-Even Scheme. Subsequently, the Court had directed the Delhi government to furnish day-to-day AQI data pertaining to Delhi till November 14.

The Bench had also previously passed a number of directions to tackle the issue of stubble burning, a major cause of the air pollution plaguing Delhi NCR and other regions in North India. more
Helpful Transforming Delhi Nov 15
Viewed by 2438
View all 24 comments Below 24 comments

SANDIP GHOSH
We have no control over nature nd hence should do where we have some control. In this aspect I felt that odd even was one good step that Kejriwal took. Reduction of no of cars must have impacted positively specially those on the road otherwise who knows situation would have been even worse for them. more
Nov 17

Rekha Vohra Bhalla
We are all suffering from pollutionitis and there is nothing we can do about it!! Are Indian cities now unliveable??

> On 15-Nov-2019, at 6:52 PM, Vinita Agrawal <connect@localcircles.info> wrote:
>
> ï»¿
>
>
> Vinita Agrawal
> Vinita Agrawal posted a message in "Transforming Delhi ".
> Subject: Odd Even useless says Supreme Court.
> Wait didnt the citizens say that in the circle poll? Where is the link to your survey LocalCircles Manager? Last 2 days odd even was there, zero impact pollution worsened.
>
> The Supreme Court today took on record that the implementation of the Odd-Even scheme has not contributed to reducing the pollution levels in Delhi NCR.
>
> This observation was recorded by the Court despite the Delhi government submitting that pollution levels in the capital reduced by over 5-7% after the implementation of the Odd-Even scheme.
> The Court also noted that the governments of Delhi, Haryana, and Punjab have failed to take more...
> Reply Reply to this email to post a comment.
>
> If you believe that this post is inappropriate for this Circle, report it.
> If you don't want to receive emails from us in future, please Unsubscribe.
>
> more
Nov 16 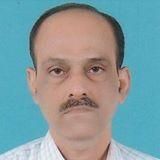 RAJESH BHAT (Law & Order in South-West Delhi)
By introducing Odd - Even, Arvind Kejariwal, helped the dealer's of second hand car's to sell their car's. That is all. Rest is in Supreme Court order's. more
Nov 16

Chandan Saha
No doubt, there is no impact of odd-even system. Today most of the private vehicles take care of pollution norms and most of us are aware. Yes, MCD vehicles & heavy trucks have the problem of complying with norms. In addition, pollution in Delhi is due to diverse reasons. One can notice the less raining in last few years, earlier light rain in october and November(few spells) always brought down the dust level and we were used to have clean air. Wind is very low now a days. Nature impact no one can challenge, hence; we have to face such complex environment every year. this is the reality. more
Nov 16

Uttam Roy
It could be considered as one kind of experiment . We are all very clever . You know , We never find our fault to be a reason of other's pain. How many of us left driving and use public transport for few days when we are experiencing burn. We are very selfish and self centred and concerned with maximum utilization of the facilities even it poison the society . Just look into :-
a) Most of the colonies roads are captured in Delhi by resident - Air can not pass through.
b) No place left for construction of drain at Road site - Water cannot pass.
c) Two sites have slope for car concourse or car parking - MCD cannot clean .
d) Which colonies have broken for renovate takes namouras years to reconstruct by politician . When election comes for their own turn till force to suffer problem for those resident in Delhi a common practice as we are suffering by local MLA of Palam now a day more than 4 years. The colony roads never get clean nor it possible . more
Nov 16
View 24 more comment(s)
Post a Comment