Sorry for the profile picture change friends. Thats how I feel after yesterdays encounter with hazardous air. 😢😢

1) The odd-even scheme is all set to come back in Delhi from today. Under the scheme, the vehicles with odd last digit in the registration number will be allowed on roads on odd dates and those with even last digit will ply on even dates. The rule will be applicable in Delhi from 8 am to 8 pm, except on Sundays. The third edition of odd-even scheme will run till November 15.

2) The odd-even scheme will apply to all non-transport four-wheeled vehicles and even those coming in from other states.

3) Kejriwal government has exempted two-wheelers from odd-even scheme. "Women driving alone, cars having all women as occupants and women accompanied by children aged less than 12 years" will also be exempted. Delhi government will allow vehicles used for medical emergencies during the 12-day long odd-even scheme. Private vehicles carrying school children are also allowed on roads during the implementation of odd-even car rationing system based on "trust", said Arvind Kejriwal.

4) There’s a long list of VIPs who will be exempted from the odd-even scheme. The list includes: The vehicles of the President, Vice-President, Prime Minister, state governors, Chief Justice of India, Speakers of the Lok Sabha, Union ministers, and leaders of the Opposition of both the Houses, Supreme Court judges, chairman of UPSC, chief election commissioners and CAG, deputy chairman of Rajya Sabha and deputy speaker of Lok Sabha and lieutenant-general of NCT/Delhi and judges of high court and members of the Lokayukta. Enforcement vehicles and defence vehicles will also be exempted.

5) There will be no exemption for the vehicles of Delhi government ministers and the chief minister. Privately owned CNG vehicles will not be exempted this time.
6) A hefty amount of ₹4,000 will be charged for the violation of odd-even scheme which will run from November 4-15. Earlier, the penalty was ₹2,000 for the violation. Delhi government has decided to hike the penalty as per the amended Motor Vehicle Act.

7) Cab aggregators Uber and Old will deactivate surge pricing during the implementation of the odd-even scheme. Ride-hailing major Ola will work closely with its driver-partners to ensure maximum availability of vehicles during peak hours. Auto rickshaw drivers are being asked to go by the meter prices when odd-even scheme will be rolled out, said Delhi chief minister Arvind Kejriwal.

8) The Signature Bridge, which connects Wazirabad to East Delhi, will remain closed from November 5 to 14 when the odd-even scheme will be rolled out.

9) As many as 2,000 additional buses will be deployed on roads during November 4-15. All cluster buses will also be deployed along with the entire fleet of DTC buses, said Delhi government.

Dipak Bhattacharya
Puc certify only Co and co2 and sox and not rspm. It is the rspm that is creating problem.
Before abusing CM, enhance your own knowledge first. more
Nov 14

NK SOMANI
This whole excercise is farse and hardly bring any result, except large public money is spent on advertisement, for the whims of one person only.
Rather we spend this money in putting up some towers and buy vaccum cleaners for Delhi roads, to bring permanent reliefe too, as the advertisement money alone coud buy 10-15 smog towers, which can clean polluted air of large areas too, hope we can all raise this issue with full seriousness more
Nov 06

Dr. Neelam Nath
At least one fire is seen by us through TV and felt by people on the roads and there's black clouds due to burning of rubber, plastic and paper
Fires are due to short circuit, jealousy or unhappy people working as laborers
Fires in Delhi are as bad as burning waste because accidental fires can be avoided
What about lawyers and their social responsibilities?
Why did they burn vehicles of policemen during protests?
Remember that Gandhiji and Nehruji were lawyers too
Maybe that was an era gone by, never to return again unless strict rules are made more
Nov 06 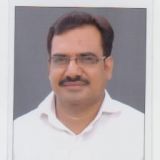 Rajesh Gupta
why all you are behind to remove vehicle on roads , that you all are thinking that only vehicle is big cause for all pollution, first we need population control act just as china , main cause is big and uncontrolled population. we are under developing country and assets/ natural sources are limited. pollution is in every where on air ,river water ,in soil , in drainage system etc. The CM kejriwal has no better idea he is dictator type mind and take decision lonely like foolish. You know that in delhi All vehicle on roads are under PUC when that kejriwals transport department issuing Pollution certificates then how the vehicle is polluting the city. The major cause of pollution is burning the scrap & PVC waste, manufacturing units pollution..Mr. CM is only doing only politics including BJP Govt. to reply the court and NGT, that we have done something to stop the pollution.... more
Nov 05

Anil Arora
it should be on permanent basis, and will be applicable on all the vehicles including government whether it is state or central government vehicle except emergency vehicles. It will redeuce the pollution. Other measures can also be considered. more
Nov 05
View 36 more comment(s)
Post a Comment